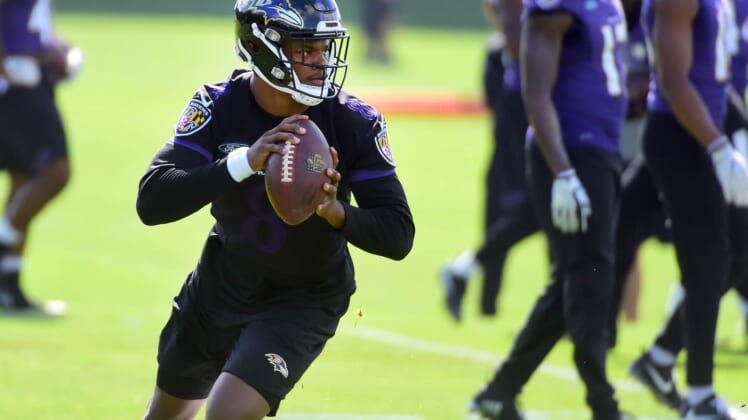 Baltimore Ravens quarterback Lamar Jackson has a ton of pressure on his shoulders heading into the 2019 season. So far, the reviews aren’t great.

Jackson himself had been critical of his development in OTAs, where consistency has been a big issue.

On Tuesday, beat writers in Baltimore were happy to report that Jackson had his best practice of the spring, with the caveat that he still was struggling during full-team work.

Wednesday’s report was much worse. Jackson threw three interceptions, including two in the red zone to undrafted rookie Terrrell Bonds.

There are a couple of ways to look at this.

On the one hand, Jackson and the entire offense are getting a crash course in a brand new offense engineered by coordinator Greg Roman.

So, you’d expect the defense to have a leg up early on, and this may continue at the start of training camp. Especially considering how dominant Baltimore’s defense tends to be.

On the other hand, Jackson hasn’t exactly shined even when it’s just 7-on-7. That’s not a great sign that his mechanics have improved over the winter. For a player whose biggest issues stem from a lack of development in that area, that’s a bit troubling.

Jackson is always going to be at his best when things break down and his athleticism can be utilized. However, if he is truly going to become the franchise quarterback the Ravens are banking on, the former Heisman winner will also need to become a rock-solid pocket passer.