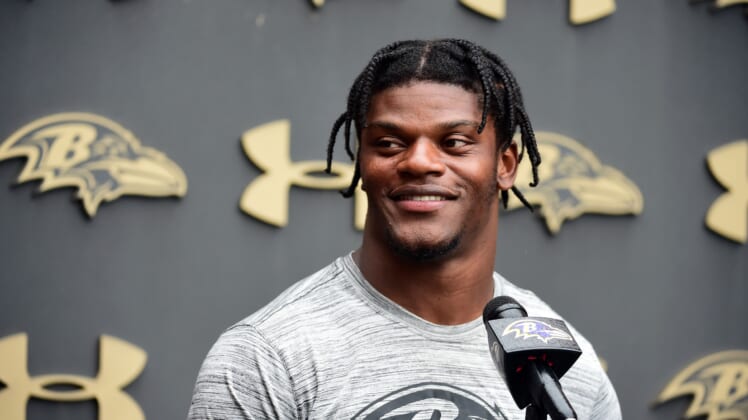 With training camp right around the corner, Lamar Jackson gave the fans in Baltimore a glimpse of him throwing a ball, just not the one they’re used to.

Jackson threw out the ceremonial first pitch at Wednesday’s Baltimore Orioles game. He definitely soaked the moment in, even shaking off some signs from Dwight Smith Jr. When it finally came time to throw the ball, though, Jackson made it a good one.

For the fans in Charm City, this is a nice preview of the upcoming football season. For their sake, let’s hope he’s just as precise.