Lakers looking to extend Anthony Davis trade to get another star 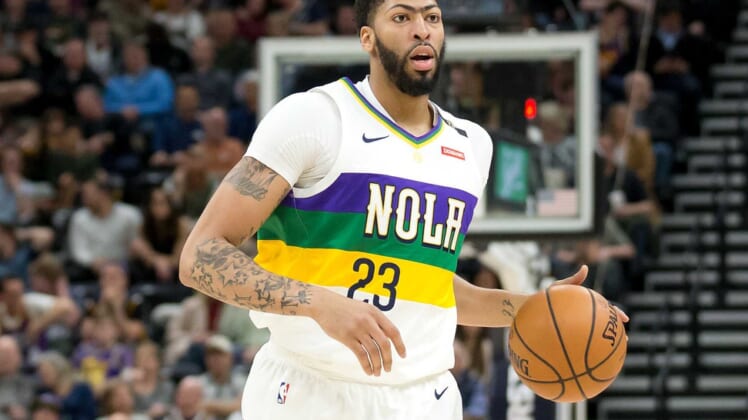 The Los Angeles Lakers’ reported blockbuster acquisition of Anthony Davis this past weekend might ultimately look a lot different.

According to ESPN’s Adrian Wojnarowski, Los Angeles is now looking to get a third team involved with the Pelicans to offload some contracts.

The end result here would be the Lakers opening up enough cap space for another max-contract player.

As of right now, Los Angeles would be about $24 million under the cap once free agency opens next month.

That wouldn’t be enough to go chasing after a combination of Kyrie Irving, Kawhi Leonard and Kemba Walker.

It remains to be seen if any team would actually come calling. None of the three players are seemingly worthy of enabling the Lakers to add another star player.

Los Angeles is also pretty much maxed out when it comes to offering draft picks in a hypothetical deal.

If the Lakers are unable to create the necessary cap room, common logic suggests that they’ll fill out their roster with role players in free agency.

In reality, that could be a better long-term option for the team than adding another max-contract player.