David Johnson: Kyler Murray ‘scary’ good, will be ‘dominant’ as a rookie 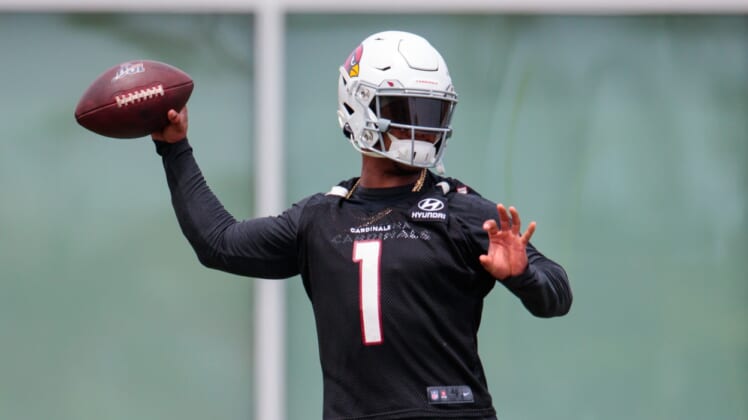 The early word out coming out of Arizona Cardinals offseason workouts is that rookie quarterback Kyler Murray is better than advertised.

Speaking about his new quarterback on Mad Dog Sports Radio, running back David Johnson said that Murray is going to be “scary” for opposing defenses to face right out of the gate as a rookie.

He also said that he expects Murray to be “dominant” right away, noting people have been too fixated on Murray’s scrambling abilities and not focused enough on him as a pure passer.

“People are really underestimating his ability to throw,” Johnson said. “Coming into the draft, just hearing about him, a lot of people were talking about his scrambling but no one was really talking about his throwing. He can throw dimes and he can throw the ball down the field, he’s been throwing it deep to Christian [Kirk] and those guys in the OTAs.”

It’s worth pointing out that Cardinals coaches and players have been comparing Murray to Patrick Mahomes talking up his arm strength this offseason as well.

In truth, Murray was phenomenal as a pure passer last season at Oklahoma. He showed amazing touch on deep passes and absolutely has the ability to get the ball anywhere on the field with accuracy.

It’s going to be interesting to watch him running Kliff Kingsbury’s offense this year, especially considering the pace of play the team has been working on this offseason. Opposing defenses better have their oxygen tanks ready, because it’s going to be as fast-paced as any offense in the league.