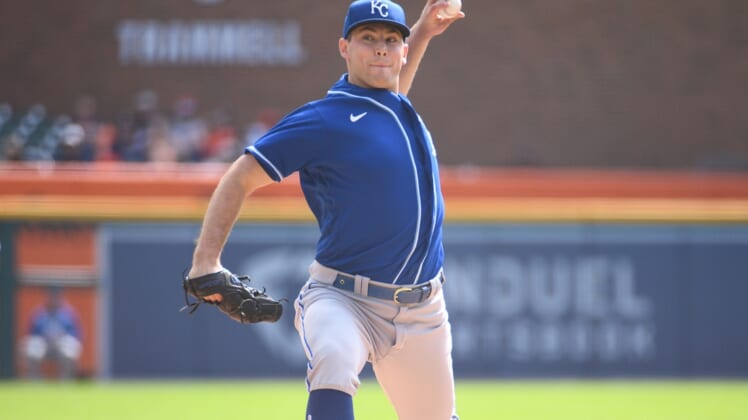 Bubic (6-6) allowed just two hits and a walk while striking out six. He gave up only three earned runs in four appearances spanning 23 innings against the Tigers this season.

Josh Staumont tossed an inning of scoreless relief. Scott Barlow allowed a ninth-inning run but still recorded his 16th save for the Royals (71-84).

Isaac Paredes had two hits and drove in Detroit’s run.

Peralta’s 16-inning scoreless streak ended in the first inning as singles by Merrifield, Nicky Lopez and Benintendi brought in a run. Kansas City had the bases loaded with one out but a force out at home and a Hunter Dozier strikeout allowed Detroit to escape further damage.

The Royals loaded the bases in the third on two singles and a walk. Peralta wiggled out of that jam as Kyle Isbel fouled out to catcher Eric Haase.

Kansas City made it 2-0 in the fourth. Cam Gallagher led off with a ground-rule double, advanced to third on a Merrifield hit and scored on Lopez’s sacrifice fly.

Benintendi hit a two-out double in the seventh and Carlos Santana drew a walk but reliever Joe Jimenez entered the game and retired Adalberto Mondesi on a foul pop.

Bubic finished off his big day by striking out two of the three batters he faced in the seventh.

Willi Castro robbed Merrifield of a homer with a leaping catch in left during the ninth.

Paredes had an RBI double in the ninth. Barlow struck out pinch hitter Harold Castro with the bases loaded to end the contest.