Knicks’ RJ Barrett about to return after six-game COVID absence 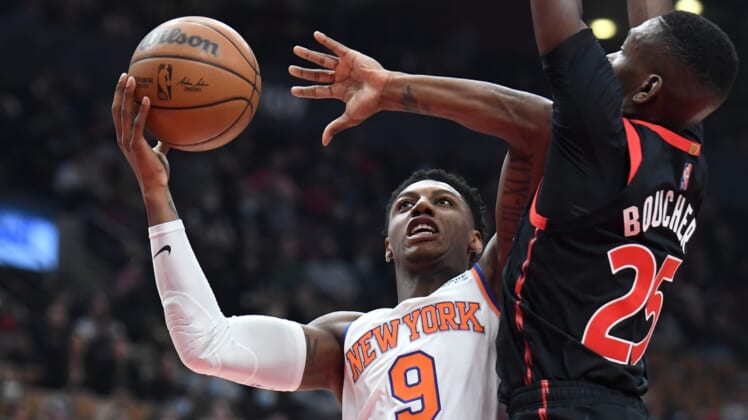 New York Knicks guard RJ Barrett returned to practice Friday and might be available for the Christmas Day contest against the visiting Atlanta Hawks.

Barrett missed the past six games in COVID-19 protocols. He last played on Dec. 10 against the Toronto Raptors.

“We’ll see how he feels tomorrow, and go from there,” New York coach Tom Thibodeau said of Barrett’s chances of playing against the Hawks.

Barrett is averaging 15.1 points and 5.6 rebounds in 25 games in his third NBA season.

Guard Immanuel Quickley also could be cleared over the weekend.

It would be timely for the depleted Knicks’ roster to receive reinforcements.

“This is the reality of our league,” Thibodeau said. “I think being mentally tough when you face adversity is probably the most important thing in life. Things haven’t been going our way. We’ve had guys out, as has most of the league, and it’s how quickly we can adapt. We talked about that today.”

The Knicks have dropped nine of their past 12 games, including Thursday’s 124-117 home loss to the Washington Wizards. Kemba Walker scored a season-high 44 points for New York.