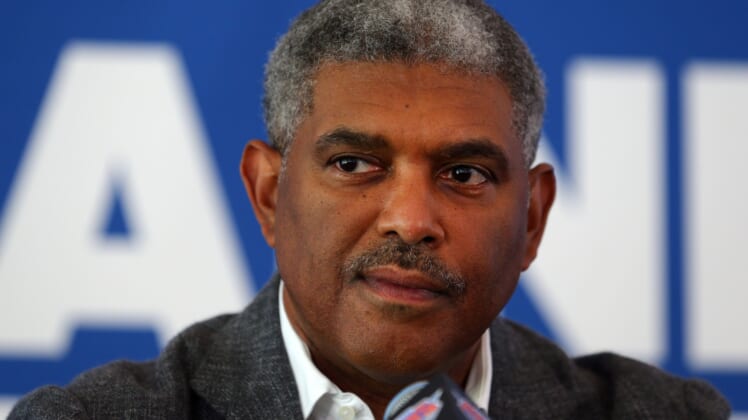 After missing out on star free agents Kyrie Irving and Kevin Durant, once again letting down their fan base, New York Knicks president Steve Mills released a statement on Sunday night.

Mills expressed empathy for the fan base’s feelings of disappointment but promised the team is focused on building a foundation to win championships in the future.

While New York might be trying to pump out optimism to the fan base, many fans took to social media to bash owner James Dolan for the team’s odd tactics in free agency.

Perhaps the Knicks have a long-term plan that can turn this team around in the coming years and put them in position to land a star player in the future. It’s unlikely that Mills or the Knicks will be given the benefit of the doubt by anyone though after repeatedly failing to bring in a single star to New York City.