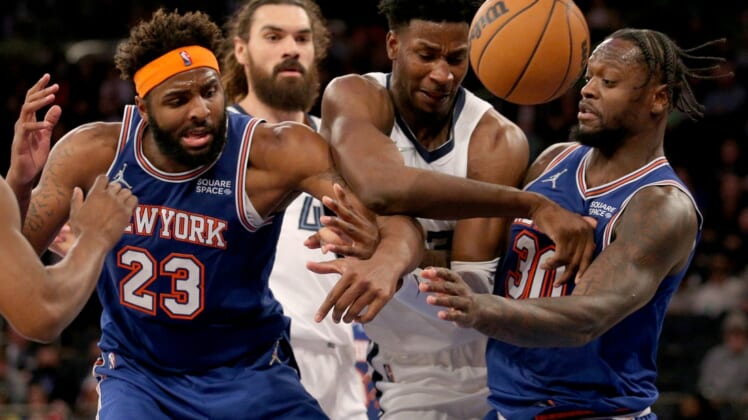 New York Knicks power forward Julius Randle and center Mitchell Robinson have been ruled out of Wednesday’s game against the host Charlotte Hornets.

Randle will sit out his second straight game due to a sore right quadriceps tendon, while Robinson will be on the sideline because of a sore lower back.

Obi Toppin and Jericho Sims likely will move into the lineup in place of Randle and Robinson.