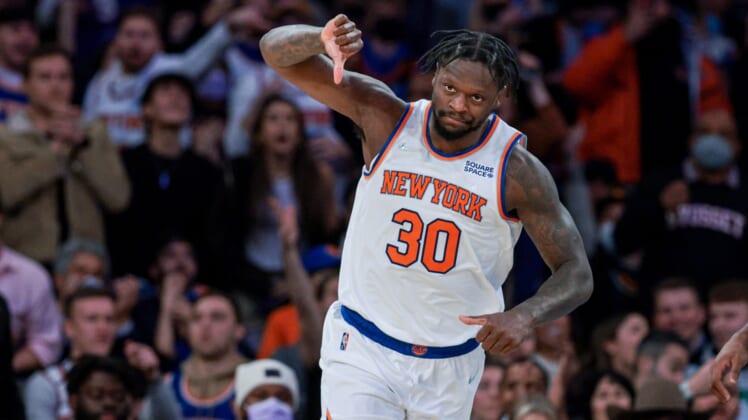 The NBA fined New York Knicks star Julius Randle $25,000 on Saturday for his “egregious use of profane language” during interviews with the media.

Randle is the Knicks’ leading scorer and rebounder, averaging 19.6 points and 10.1 boards through 37 games.

The league noted that the 27-year-old forward made his profane comments two different times — after a practice Wednesday and then after the Knicks’ 108-105 victory against the Boston Celtics on Thursday at Madison Square Garden.

Randle gave a thumbs-down gesture to fans after making a layup in the fourth period, and after the game he said he wanted the gesture to mean “shut the f– up.” He had been booed in the first half.

The Knicks and Celtics square off again Saturday night in Boston.