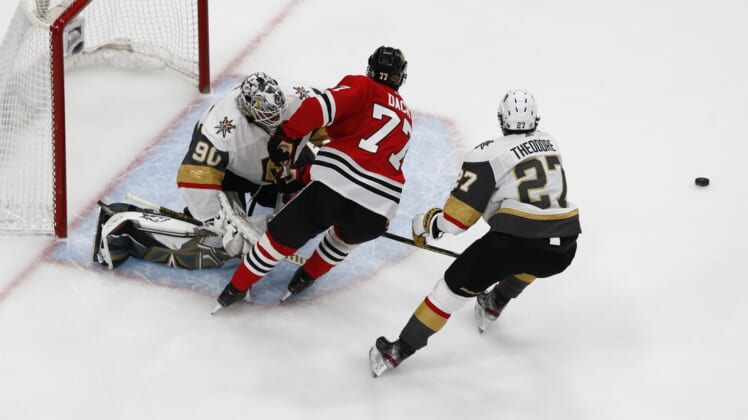 The Chicago Blackhawks are one step closer to possibly getting forward Kirby Dach back during the regular season.

Dach, who had wrist surgery on Dec. 28 after sustaining the injury at the world junior championships earlier that month, rejoined the team for practice was not limited, according to the Chicago Sun-Times.

After his surgery, he was expected to miss four to five months, which have put him beyond the team’s May 10 regular-season finale. His return to practice, however, could signal an earlier return.

Coach Jeremy Colliton said that Dach, who as a rookie last season recorded eight goals and 15 assists in 64 games, “is just getting started” and “still has a ways to go” before he’s back in game action.

Dach will travel with the team on its six-game road trip that begins Tuesday night. The Blackhawks have two games each against the Dallas Stars, Florida Panthers and Tampa Bay Lightning.

The Blackhawks (13-8-5), who opened the season with four straight losses (0-3-1), are in fourth place in the Central Division. They have alternated wins and loses since Feb. 25.