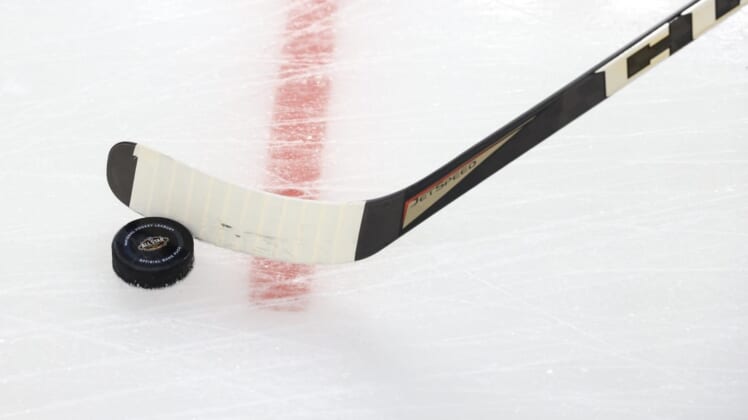 The Los Angeles Kings named Manon Rheaume as their hockey operations and prospect advisor on Thursday.

Rheaume will work with executives in multiple areas with the Kings and focus on prospect development.

She became the first female athlete to play in any of the major North American professional sports leagues when she suited up as a goaltender for the Tampa Bay Lightning in a preseason contest against the St. Louis Blues on Sept. 23, 1992.

“I’m excited to join the Kings and look forward to working with our young players as they go through their individual development process,” Rheaume said. “There are so many elements that factor into a player’s journey once they join an organization, and my focus will be on helping to provide them with the tools and guidance they need to ease that transition as the strive to reach their ultimate goal of playing in the NHL.”

Rheaume also suited up in another preseason game in 1993 before later helping Canada capture a silver medal in the 1998 Nagano Olympics.

“Manon is an excellent communicator who brings a unique perspective and will play an important role in our hockey operations department,” Kings director of player personnel Nelson Emerson said. “She has the skill set to help bridge the gap for our young players throughout their development cycle and will be tasked with helping to introduce and maintain a level of understanding and accountability for our players as they work in conjunction with our development staff.”