Cleveland Cavaliers forward Kevin Love is leaving Team USA and will not compete in the Tokyo Olympics, ESPN reported Friday.

Love, 32, spent 10 days in Las Vegas preparing to compete in his second Summer Games but is still returning to form from a right-calf injury that limited him to 25 games in 2020-21.

Love played 12 minutes in a 108-80 exhibition victory against Argentina on Tuesday, finishing with one point, four rebounds and three assists.

Love was a member of the U.S. squad that won a gold medal at the 2012 London Olympics. 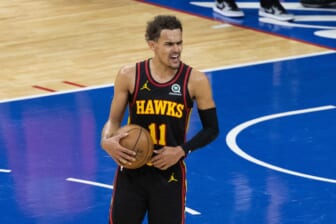 With Suns guard Devin Booker and Khris Middleton and Jrue Holliday of the Bucks still in the NBA Finals, only six Team USA players are currently available.