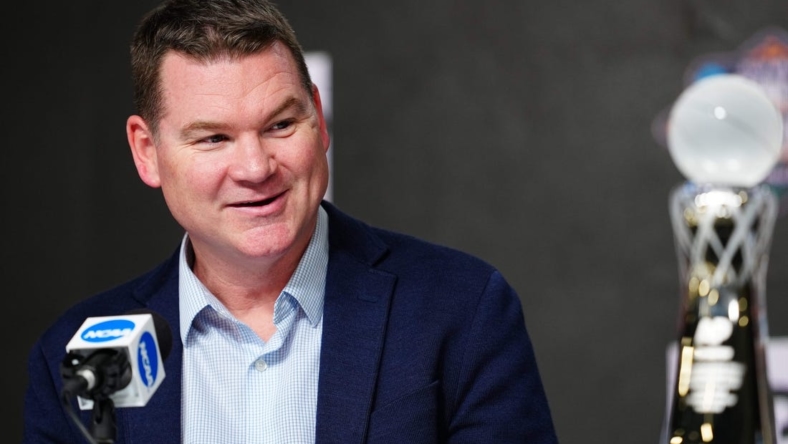 Junior point guard Kerr Kriisa posted the second triple-double of his career as No. 17 Arizona stayed hot offensively in a 95-78 victory over Southern on Friday night in Tucson, Ariz.

Kriisa had 14 points, career highs of 12 assists and 11 rebounds for the 11th triple-double in school history. Kriisa, who also had a triple-double against Utah on Feb. 24, 2022, is one of three Wildcats to have multiple triple-doubles, joining Andre Iguodala (three) and Loren Woods (two).

Arizona (2-0), after shooting a school-record 71.7 percent in a season-opening 117-75 victory over Nicholls, shot 54.5 percent against Southern (0-2) and had four players score in double figures.

Bryson Etienne led the Jaguars with 17 points, with Tyrone Lyons adding 13. Festus Ndumanya contributed 11 points. Jalen Reynolds scored nine points in nine minutes but had trouble defending Ballo in the post, fouling out with 12:19 left in the game.

Kriisa had eight assists at halftime and added two more in the first 30 seconds of the second half. He reached double-double status with 17:30 left, and then picked up his 10th rebound at the 9:36 mark.

Arizona began on a 10-0 run, with Kriisa assisting on all four made baskets in the first 3:22. Larsson scored six points during the opening run.

The Jaguars didn’t immediately let the game get away from them, using their pressure defense and attacking dribble-drive offense to give Arizona problems. But the Wildcats, despite committing 12 first-half turnovers, slowly built their advantage, hitting their final four shots before halftime to take a 49-31 lead at the break.

Arizona led by as many as 31 points in the second half as it won its 21st consecutive game at McKale Center, the nation’s third-longest home winning streak, trailing Gonzaga (68) and Texas Tech (23).