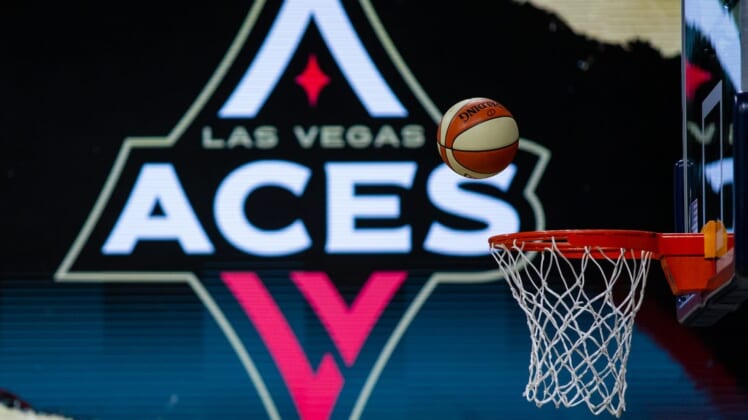 Kelsey Plum poured in a career-high tying 32 points to help the Las Vegas Aces, the top team in the WNBA, hold off the road-weary Dallas Wings 84-78 on Sunday.

The Aces (10-2) led by a bucket at halftime and by 11 with three minutes to play in the third quarter but could not put away Dallas until the closing minutes.

Las Vegas was up 72-65 after Chelsea Gray’s layup with 2:54 to play and would not allow the Wings closer than four points the rest of the way, holding on to beat Dallas for the ninth straight time.

Gray added 18 points for Las Vegas and Dearica Hamby hit for 12. A’ja Wilson scored a season-low eight points before fouling out with just under four minutes to play.

Allisha Gray led the Wings (6-5) with 24 points, with Arike Ogunbowale adding 21 and Satou Sabally scoring 11. Kayla Thornton set a career high with 15 rebounds for Dallas, which went 2-3 on its season-long five-game road trip.

Plum’s layup put Las Vegas on top 18-16 at the end of the first quarter. She scored 11 points in the first.

The Aces pushed their advantage to as many as 10 points on three occasions, the latest on Dearica Hamby’s putback that made it 40-30 with 3:04 remaining in the half. But the Dallas defense clamped down on the Aces for the rest of the period, allowing the Wings to claw back to within 40-38 at the break.

Plum’s 17 points led all scorers at halftime while Allisha Gray’s 15 points, on 6-of-8 shooting, paced Dallas.

The Aces played without Jackie Young because of an ankle injury. Las Vegas has been without Riquna Williams for the past seven games due to a foot injury.