Kellen Mond claimed off waivers by Cleveland Browns; a look at the impact 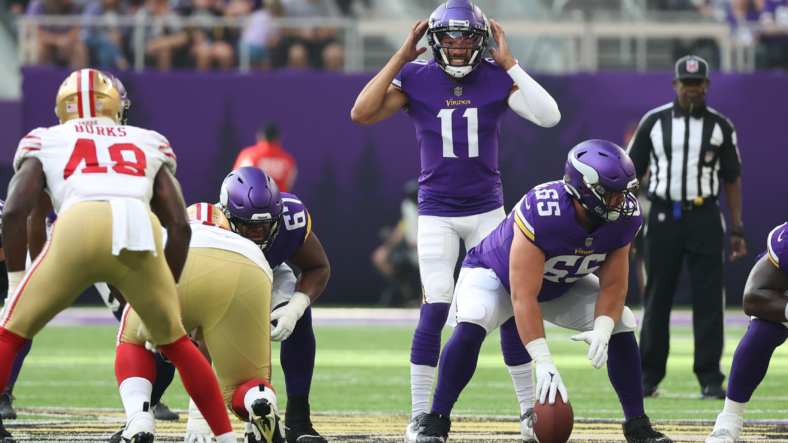 The Cleveland Browns claim former Minnesota Vikings quarterback Kellen Mond off waivers on Wednesday. This move was made after the Browns released defensive end Isaac Rochell.

On Twitter, Rochell shared the news himself and thanked the organization.

“Just got released. I’m highly disappointed… Don’t know how this will play out yet, but for now, I’d like to show gratitude for all my coaches at the Browns.”

The Browns waived quarterback Josh Rosen on Tuesday. Coach Kevin Stefanski said after practice on Tuesday that the team would add a new quarterback. Rosen is a former UCLA product, and he was selected 10th overall by the Arizona Cardinals in the 2018 NFL Draft.

Mond played in a game for the Vikings last season, completing two passes for five yards. Mond had a chance to win Minnesota’s backup job effectively ended last week when the Vikings acquired former Browns quarterback Nick Mullens in a trade with the Las Vegas Raiders.

Mond finished the preseason completing 29-of-51 passes for 303 yards with two touchdowns and two interceptions. He was sacked five times. He will be the third-string quarterback behind starter Jacoby Brissett and backup Joshua Dobbs to open the season. What this move means for the Cleveland Browns is they were looking to add depth at the quarterback position with Deshaun Watson suspended for 11 games to start the season. On Tuesday, the Browns placed Watson on the reserve /suspended list.