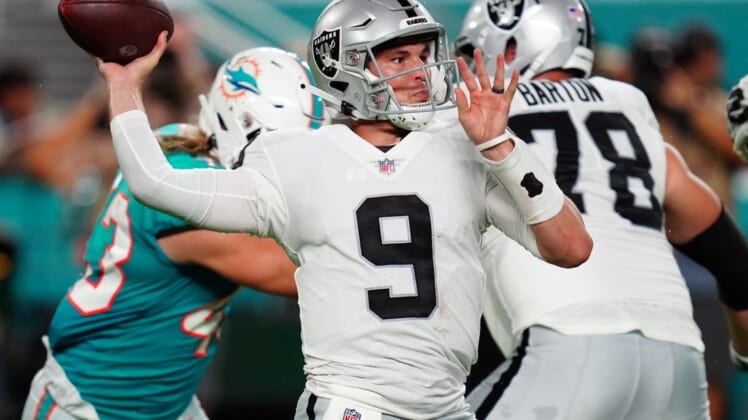 The Raiders signed Mullens to a one-year deal in free agency in April. The draft pick comes to fruition if Mullens is active for one game with the Vikings, according to the Las Vegas Review-Journal.

Mullens, 27, had been competing with Jarrett Stidham for the backup job behind starter Derek Carr.

In Minnesota, Mullens faces a battle with Sean Mannion and Kellen Mond for the chance to back up veteran Kirk Cousins.