Kawhi Leonard told teammates he will play this season 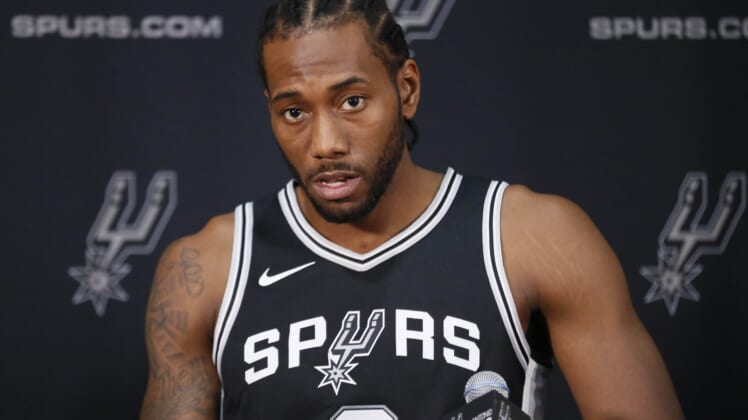 More good news has emerged one day after a report broke that Kawhi Leonard hopes to play for the San Antonio Spurs sometime in March.

His teammate, Danny Green, told reporters that Leonard told the team he “was going to be back eventually at some point — playing-wise, not just being around.”

This is the major takeaway from today's Spurs media session. Kawhi Leonard has been telling teammates he expects to be able to play again this season: pic.twitter.com/MqY3b6IxhN

Leonard has played in just nine games this year for the Spurs as a nagging quad injury has derailed his campaign. He recently returned to San Antonio after receiving more consultation about the issue. At this point, the big deal is one of comfort, as Leonard has been told there is no danger of further injury if he does play.

So at this time, the forward is working toward getting his feet wet with 5-of-5 drills sometime in the near future.

San Antonio is currently the No. 4 seed in the west with a record of 36-25, but it is only one-half game behind the Minnesota Timberwolves for the third seed. Getting Leonard back for the stretch run would greatly increase the Spurs’ chances of advancing deep into the playoffs.