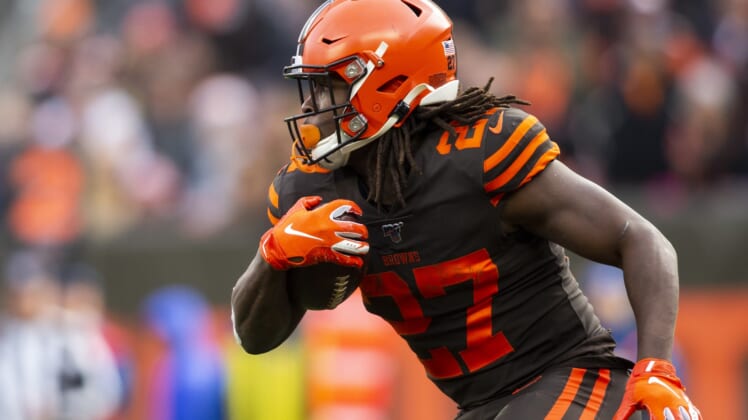 Cleveland Browns running back Kareem Hunt has found trouble with the law once again. The 24-year-old running back was cited for speed in Ohio.

According to a police report, Hunt was pulled over for speeding by Rocky River police on Interstate 90 on Tuesday afternoon. During the traffic stop, police smelled marijuana and found “small amounts of marijuana” in three spots in Hunt’s backpack.

While Hunt wasn’t cited for possession of marijuana, police confiscated it and charged Hunt for speeding. At this time, no charges have been filed in the Rocky River Municipal Court.

Hunt, who is a restricted free agent this offseason, served an eight-game suspension in 2019 for multiple off-field issues. The NFL placed Hunt on the Commissioner’s Exempt list in 2018 after footage showed him assaulting a woman in February 2018.

While the latest news is a minor legal issue, it is the latest in continued drama and issues involving the young running back. While he averaged 4.2 yards per carry this season and is just seasons removed from leading the NFL in rushing yards, Hunt’s actions off the field will likely hurt his value as a free agent.