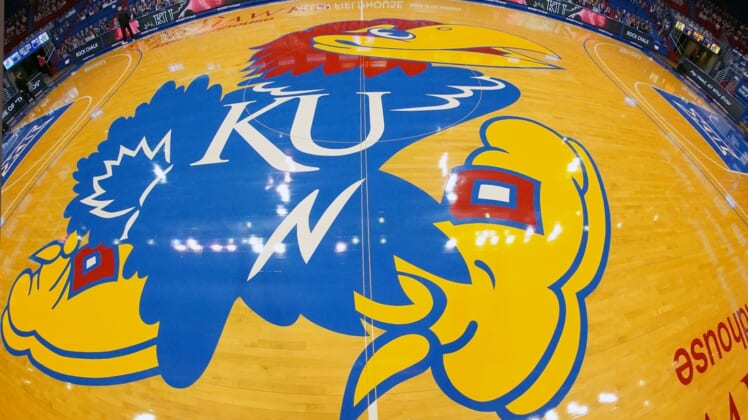 Goff, a Kansas alumnus, has spent nine years at Northwestern after previously working in the Tulane athletic department.

He takes over in Lawrence at a time when the Jayhawks’ two most high-profile programs are in turmoil.

The Kansas AD job was vacated last month when Jeff Long resigned in the wake of a scandal surrounding Les Miles, the school’s then-football coach. Miles was fired when allegations surfaced regarding sexual misconduct during his time at LSU. Long was questioned for having hired Miles, who was ousted due to the scandal after his team went 0-9 last season.

In addition, the men’s basketball team, typically a national powerhouse, is facing charges of NCAA violations.

Kansas chancellor Douglas Girod said in a statement, in part, “Travis stood out among the candidates due to his experience, his reputation as a man of integrity, and his demonstrated ability to connect with faculty, staff, alumni and donors.

“I am especially impressed with Travis’ vision for KU. Travis understands the challenges we face and the changing landscape of collegiate athletics. At the same time, he is well-positioned to help us build on our recent successes in student-athlete healthcare, diversity and inclusion, and student-athlete academic achievement.

“The fact that he is a Jayhawk is an added bonus and will undoubtedly serve him well as he moves Kansas Athletics forward.”

Goff added in a statement, in part, “It truly is an honor and a privilege to steward the next chapter of Kansas Athletics, and I am extremely grateful to Chancellor Girod for his belief in me and our shared vision for the future. With a long history of success, unwavering partnership with campus leaders, and the unparalleled passion of the Jayhawk fanbase, this is one of the most humbling responsibilities and opportunities in college athletics.”