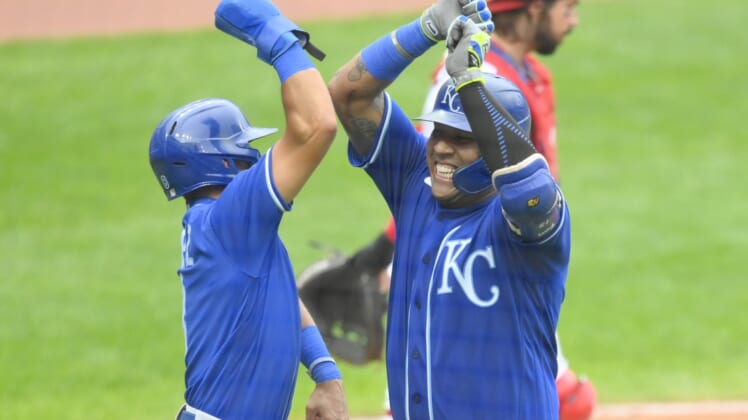 Kansas City Royals star Salvador Perez set a major league record for homers in a season by a team’s primary catcher after belting a two-run shot in the first game of a doubleheader against the Cleveland Indians on Monday.

Perez’s towering blast in the fifth inning served as his 46th homer of the season, moving him past Hall of Famer Johnny Bench for the record. Bench had 45 homers in 1970.