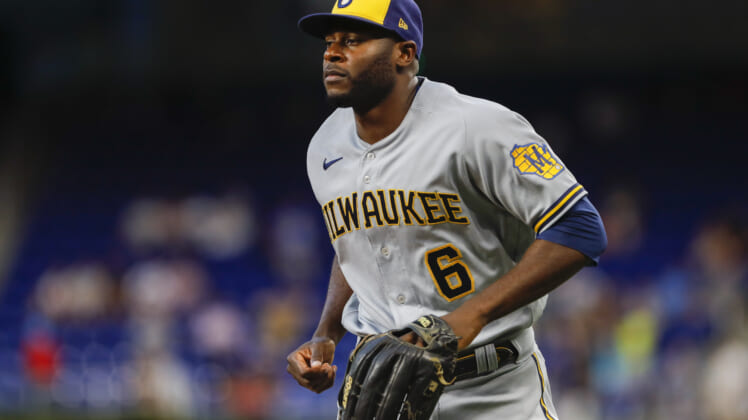 On the same day that former Kansas City Royals star Lorenzo Cain made 10 years in MLB, his career took a turn that may lead to his retirement.

On Saturday, the Milwaukee Brewers effectively ended their relationship with Cain by designating him for assignment. The 36-year-old signed a five-year, $80 million deal with the team in 2018 following a seven-year run with the Kansas City Royals.

Following the Brewers’ decision to remove him from the big league roster, Cain seemed at peace with the move and gave the impression to reporters that this could be the end of his decade-long professional baseball career.

“It just got to a point where it’s probably time. I haven’t been performing like I would’ve liked, but the situation is what it is,” Cain said [h/t ESPN]. “I’ve had a great career. I can’t really be upset about anything, but, yeah, it’s time. I wish all my teammates the best, coaches, trainers, and everybody that I’ve played with or met throughout my entire career, I wish them nothing but the best. It’s been a really fun ride for me for sure.”

After returning to the team that drafted in the 17th round of the 2004 MLB Draft, Cain had a couple of strong seasons for the Brewers — including earning All-Star honors in 2018 and a Gold Glove in 2019. However, he only played in five games in 2020 after choosing to opt-out of the season during the early stages of the COVID-19 pandemic. He then battled injuries throughout 2021 and has had his worst year as a pro in 2022. Before being DFA, Cain was hitting .179, with a .234 slugging percentage, one home run, and just nine runs batted in. 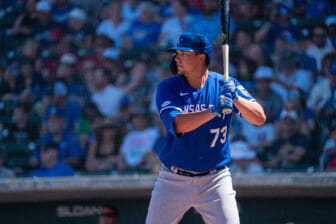 Most baseball fans will remember Cain for his years of manning center field for the Kansas City Royals as the franchise rose back up to prominence for the first time in over two decades. He was an All-Star in 2015 and helped the team reach the World Series in 2014 and 2015. In their second try, the Royals beat the New York Mets to win the organization’s second championship.