The Kansas City Chiefs acquired cornerback Mike Hughes and a 2022 seventh-round draft pick from the Minnesota Vikings in exchange for their 2022 sixth-round pick, ESPN reported Thursday.

The Vikings moved on from Hughes after just three seasons. Their first-round pick in 2018, Hughes only played 24 games for the Vikings in three years due to a variety of injuries.

Minnesota declined to pick up Hughes’ fifth-year option, making him a free agent following the 2021 season.

Hughes was the most experienced corner on Minnesota’s roster entering 2020, but a neck injury forced him onto injured reserve after just four games. He recorded 80 tackles, two interceptions, three forced fumbles and three fumble recoveries in his time in Minnesota.

Hughes joins a Kansas City secondary that includes safeties Tyrann Mathieu and Daniel Sorensen and cornerback Charvarius Ward, who is entering his fourth pro season and started 29 of a possible 32 games the past two years. 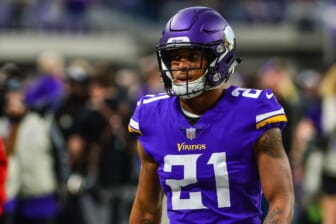