The Kansas City Chiefs haven’t shied away from bold trades or acquisitions this offseason, and that initiative continued in Thursday’s trade for Minnesota Vikings cornerback Mike Hughes.

ESPN’s Field Yates reported the details of the Chiefs-Vikings deal centered around Hughes:

Hughes was a 2018 first-round pick who hasn’t really met expectations since Minnesota took him with the 30th overall pick. Injuries have played a part in Hughes’ failure to meet the hype, but a change of scenery in Kansas City may be exactly what he needs to thrive.

Although he appeared in 14 games as an NFL sophomore, Hughes has played in just 10 other regular-season games and made only seven starts overall. Per Pro Football Focus, he’s yielded a 102.1 career passer rating.

The writing was on the wall that Hughes’ days in Minnesota were close to numbered after the Vikings declined the fifth-year option on his rookie contract. Now, it’s on to Kansas City to play for the two-time defending AFC champions. 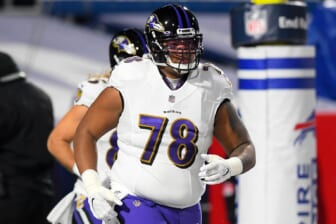 Based on Hughes’ injury history, especially the torn ACL he suffered as a rookie, it’s not exactly reasonable to expect a lot out of the talented 24-year-old for the 2021 campaign.

On the other hand, if Hughes lives up to his potential on the Chiefs, he’ll have a real chance to compete for a starting spot. Plus, getting a former first-rounder and swapping sixth- and seventh-round picks on the off chance he hits at a position of need sounds like a superior strategy to finding a Day 3 diamond in the rough in the 2022 NFL Draft.

Other than adding defensive tackle Jarran Reed after he was released by Seattle and drafting Missouri linebacker Nick Bolton in the second round, Chiefs general manager Brett Veach hasn’t made a lot of notable moves to bolster Kansas City’s defense. That changed very suddenly on Thursday. 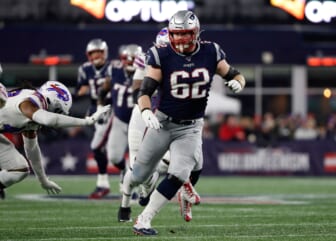 The Chiefs also have several young, capable players in the secondary like L’Jarius Sneed and Rashad Fenton who’ll only get better with the competition Hughes will provide.

Now that he’s entering a contract year and is playing for a contender with a legitimate superstar quarterback, Hughes is positioned as well as he’s ever been to succeed in a big way.

Passing offenses are as in vogue in the NFL as ever, so it’s never bad to invest in premium cornerback talent. Kansas City recognized this, and made a savvy move to get Hughes.