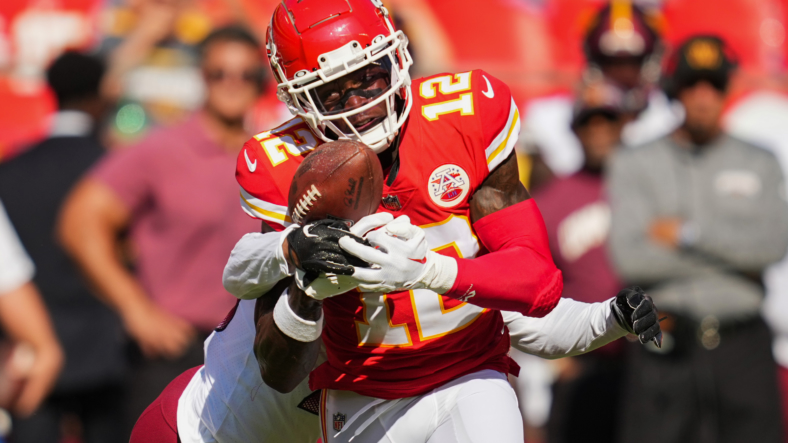 Gordon, age 31, reported for training camp this summer with an uphill battle for a spot on the 53-man roster. While the Chiefs no longer had Tyreek Hill, they added significant depth to the receiving corps with JuJu Smith-Schuster, Marquez Valdes-Scantling, Skyy Moore and Jerrion Ealy.

A first-team All-Pro selection in 2013, the 6-foot-3 receiver often worked with the backups in preseason action and the second- and third-team offenses during training camp. Now, for the second time this year, Gordon is being released by Kansas City.

One of the first cuts made by the Chiefs on Tuesday, Tom Pelissero of NFL Network reports that the team is open to bringing Gordon back. However, he wasn’t a fit right now for the 53-man roster and he will likely explore other opportunities.

Now on the wrong side of 30, Gordon’s best days are behind him. He barely saw the field in 2021 with the Chiefs’ offense, marked as a healthy scratch for the Wild Card game against the Pittsburgh Steelers after a quiet 2021 season.

Once viewed as one of the best wide receivers in the NFL, Gordon has quickly fallen in the years since he led the NFL in receiving yards.

Outside of a successful stint with the New England Patriots in 2018 – 720 receiving yards in 11 games – Gordon has become a non-factor. While the Chiefs liked his presence in the locker room and in the community, he simply didn’t do enough on the field to warrant a roster spot.

It wouldn’t be a surprise if Gordon has to wait before his next opportunity comes. There will be better wide receivers on the waiver wire and teams will prioritize young pass-catchers who offer long-term upside or contribute on special teams. Realistically, we are likely headed towards the end of Gordon’s NFL career.