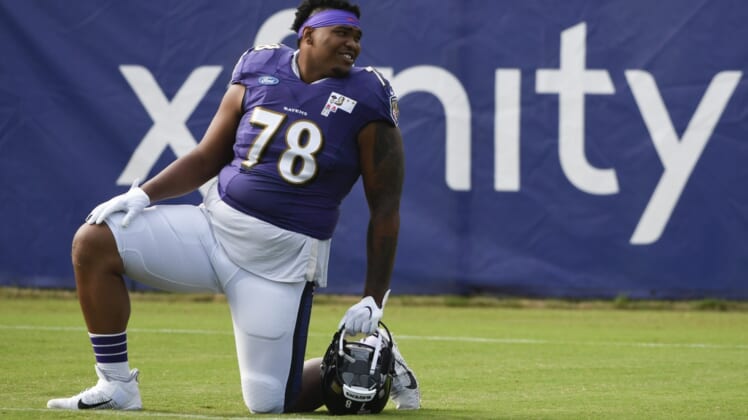 Brown, 24, will fill a major void along the offensive line for the Chiefs, who parted ways with offensive tackles Mitchell Schwartz and Eric Fisher in the offseason.

Brown reportedly requested a trade from Baltimore this offseason after expressing his desire to remain as a left tackle.

Brown has started 42 games at both left and right tackle and has yet to miss a game since being selected out of Oklahoma by the Ravens in the third round of the 2018 NFL Draft.

He filled in for Ronnie Stanley at left tackle after the latter sustained a season-ending ankle injury in Week 8 in 2020. Brown had been the team’s right tackle since coming into the NFL.