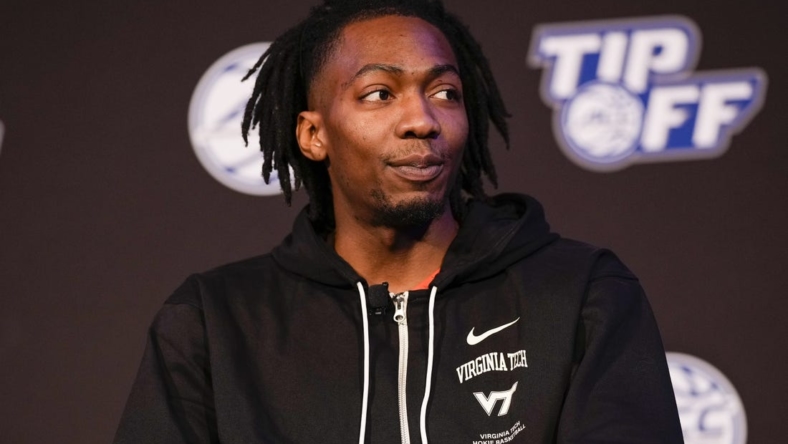 After sitting out Virginia Tech’s opener, Justyn Mutts made an energetic return as he tallied 16 points and 11 rebounds, helping the Hokies past Lehigh 78-52 Thursday night in Blacksburg, Va.

Sean Pedulla scored 16 of his 20 points before the break as Tech (2-0) built an 18-point halftime lead. Grant Basile added 11 points and eight rebounds.

Mutts, serving a one-game suspension for participating in an unsanctioned pre-draft showcase in the offseason, flashed his efficient repertoire as he made 6 of 8 shots to go along with his five assists.

Lehigh (0-2) of the Patriot League was paced by Jakob Alamudun, who scored 14 points, and Dominic Parolin, who added 10 points and five rebounds.

Virginia Tech got off to a quick start, holding Lehigh scoreless for the first 3:43. Mutts made up for lost time on three straight possessions as he drained a 3-pointer, scored with a drive to the hoop and fed Basile for a slam dunk and a 9-0 lead.

Lehigh matched Tech over the next 10 minutes as Keith Higgins Jr. made three buckets scoring from the perimeter and inside.

But eight straight points by the Hokies put them in charge. After Pedulla made a driving 3-point play, Hunter Cattoor followed with a long-distance three-pointer to cap the spree.

When Pedulla ran off a pick and drilled a 3-pointer to close the half, it matched Virginia Tech’s largest lead of the half, 43-25.

In a 60-second span early in the second half, Tyler Whitney-Sidney scored eight straight points as the Mountain Hawks sliced the deficit to 13 points.

But the Hokies quickly regained control behind the play of its reserves. Clemson transfer Lynn Kidd wheeled inside, scoring on consecutive hook shots.

Tech shot 53% from the floor and committed just five turnovers. Lehigh made 37% of its shots while committing 11 turnovers.