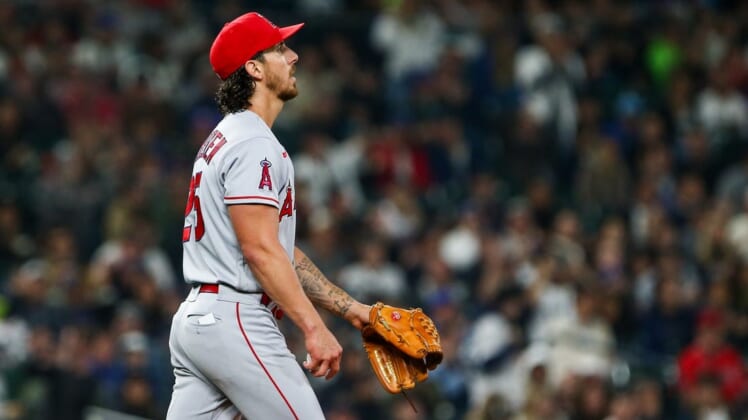 Justin Upton’s debut with the Seattle Mariners lasted just three plate appearances when he was hit in the helmet by a pitch from the Anaheim Angels’ Michael Lorenzen on Friday night in Seattle.

An outfielder who is beginning his 16th season in the majors, Upton was a free agent in the off-season who went unsigned until he came to terms on a one-year contract with the Mariners in late May.

Upton, who was sixth in the order and playing left field, grounded out in the second and struck out in the fourth before he was hit by a 90 mph sinker from Lorenzen with two out in the fifth inning. He stayed on the ground for a few minutes before walking off under his own power. Dylan Moore pinch ran and stayed in the game in left.