The San Francisco 49ers lost a great leader when 14-year veteran Justin Smith retired, but his farewell is in no way the harbinger of doom.

General manager Trent Baalke has had his eye on this moment for years and has planned accordingly. Looking at the roster he’s assembled, it’s clear the 49ers are in no trouble at all.

That doesn’t fit the national narrative, though.

Pundits will tell you the 49ers will be lucky to win six games in 2015. They’ll point to the devastating losses of Smith, Patrick Willis and Chris Borland. They’ll also tell you Jim Harbaugh’s absence will be too difficult to overcome, but that’s a story for another column.

While it’s true nobody expected Willis and Borland to leave, Smith’s departure has been expected.

Furthermore, before those shocking announcements, San Francisco’s roster was so chock full of talent at the inside linebacker position that people were trying to figure out how to get Willis, Borland and NaVorro Bowman on the field at the same time.

Defensively, the 49ers are big and nasty up front, fast and powerful on the edge.

Rookie Arik Armstead will likely be brought along slowly in his first year, but with Smith’s retirement he’s sure to be included in the rotation up front. Fellow rookie Eli Harold will almost certainly be a part of the outside linebacker rotation, and he could steal some snaps from Lynch if he ascends quickly.

Another name to keep in your mind is Quinton Dial, who can play all three interior line spots.

Ahmad Brooks, who lost his starting role to Lynch last year, might not be with the team for long. After June 1, the 49ers can save $1,508,750 against the cap, while absorbing a dead money penalty worth $5,546,250 this year. Given his ongoing involvement in a sexual assault case, it might be safe to assume Brooks is already on his way out the door.

That makes Harold all the more important this year, but the rookie pass-rusher out of Virginia is up to the challenge.

There has been a lot of talk about the team needing to bring in another inside linebacker to compete for the spot next to Bowman, but the 49ers haven’t been worried this offseason.

Head coach Jim Tomsula was recently asked if the team was considering a move to bring in veteran Lance Briggs to fill that role. He surprised many with his response after first lauding Bowman’s recovery from knee surgery in late 2013:

“A guy that’s really moving around and feeling the defense the right way is Nick Moody. I’ve been pulling for Nick,” Tomsula said, via Cam Inman of mercurynews.com. “He’s been working really hard. He’s one of those guys you notice. I’m walking out of here and he’s got all of his books. You can just tell.”

Moody appears to be the front-runner to unseat Wilhoite as the starter, but there are others in the mix as well. Recently signed Phillip Wheeler and Desmond Bishop both have plenty of experience and both have performed at a high level in this league before.

If there’s any reason to be concerned about San Francisco’s defense, it’s not up front but in the secondary. The top cornerbacks from last year moved on via free agency, so it’s not yet known how the next group will perform.

Again, like it is with the team’s inside linebacker spot, Baalke and the 49ers coaching staff aren’t worried at all about what the media perceives as a weakness on the roster.

“Feel good about it, feel real good about it,” Baalke said before the draft, per the team’s website. “We’ve got those guys in the mix, we’re working on a couple of other things still and then you’ve got a draft. I can see the thought-process that you may have, but internally, I feel about the group and where it can go.”

Remember, the 49ers picked up a trio of cornerbacks in last year’s draft. Keith Reaser and Kenneth Acker both sat the season out recovering from injuries, while Dontae Johnson received considerable playing time in the second half of the season.

Utilizing the same best-player-available strategy that garnered criticism by some in the media this year, Baalke spent picks on a position that wasn’t seen as a huge need last year. Now those picks will come into play.

This roster is still stacked, despite the heavy losses incurred by free agency and retirements. 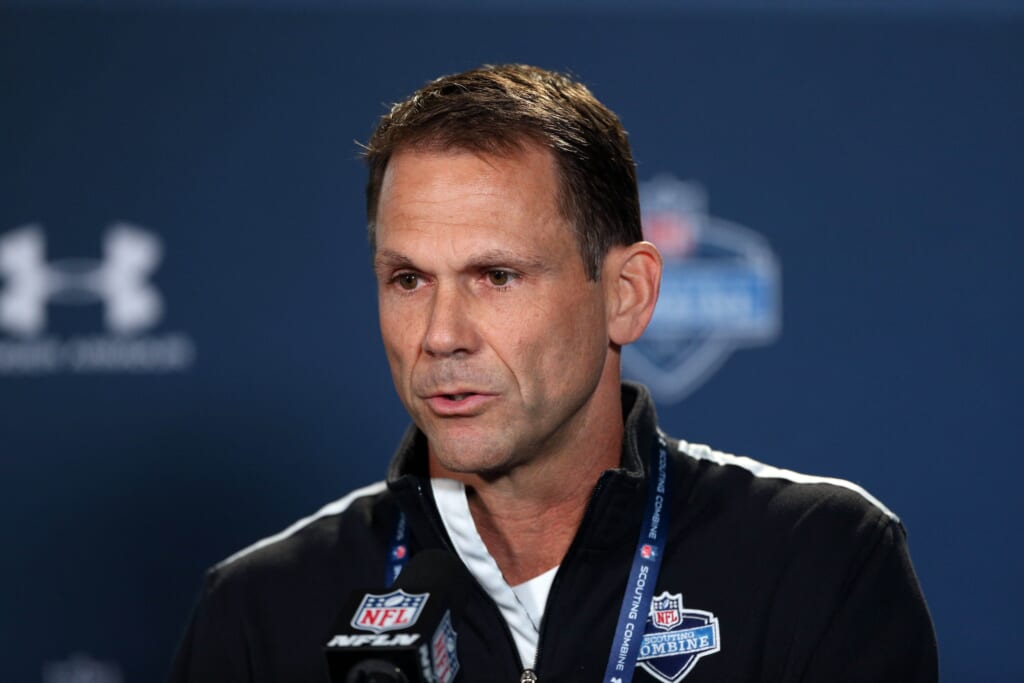 Baalke runs a program unlike any other in the NFL. When you really look at what he’s doing, it is more like a college program than anything else. He doesn’t draft for needs.

“I think it was all about best player,” Baalke said after the draft, via Maiocco of CSN Bay Area. “When we went into the draft, we were looking at certain criteria that we felt we needed to do. We wanted to stay big. We wanted to get faster.”

By sticking with the best-player-available approach, the 49ers end up with a wealth of talent at most positions. This presents the illusion that Baalke is so clairvoyant that he can literally see into the years ahead and draft for future needs.

The reality is this: by drafting the best player available, the roster is stronger. With more depth comes more good players that stick around. That means when all hell breaks loose, like it did this offseason, the roster doesn’t look like swiss cheese.

In short, though Smith’s leadership in the locker room and on the field is going to leave a huge void in leadership right off the bat, there is no reason to believe the 49ers are somehow dead in the water before the season begins.

There are still plenty of high-profile veterans on this team to fill that leadership void. Look no further than Bowman and the dynamic safety duo Eric Reid and Antoine Bethea.

San Francisco has been bracing for Smith’s retirement for years now.

It finally happened. But the sky isn’t falling for the 49ers this year, and this team will once again feature a top-ranked defense when it’s all said and done.