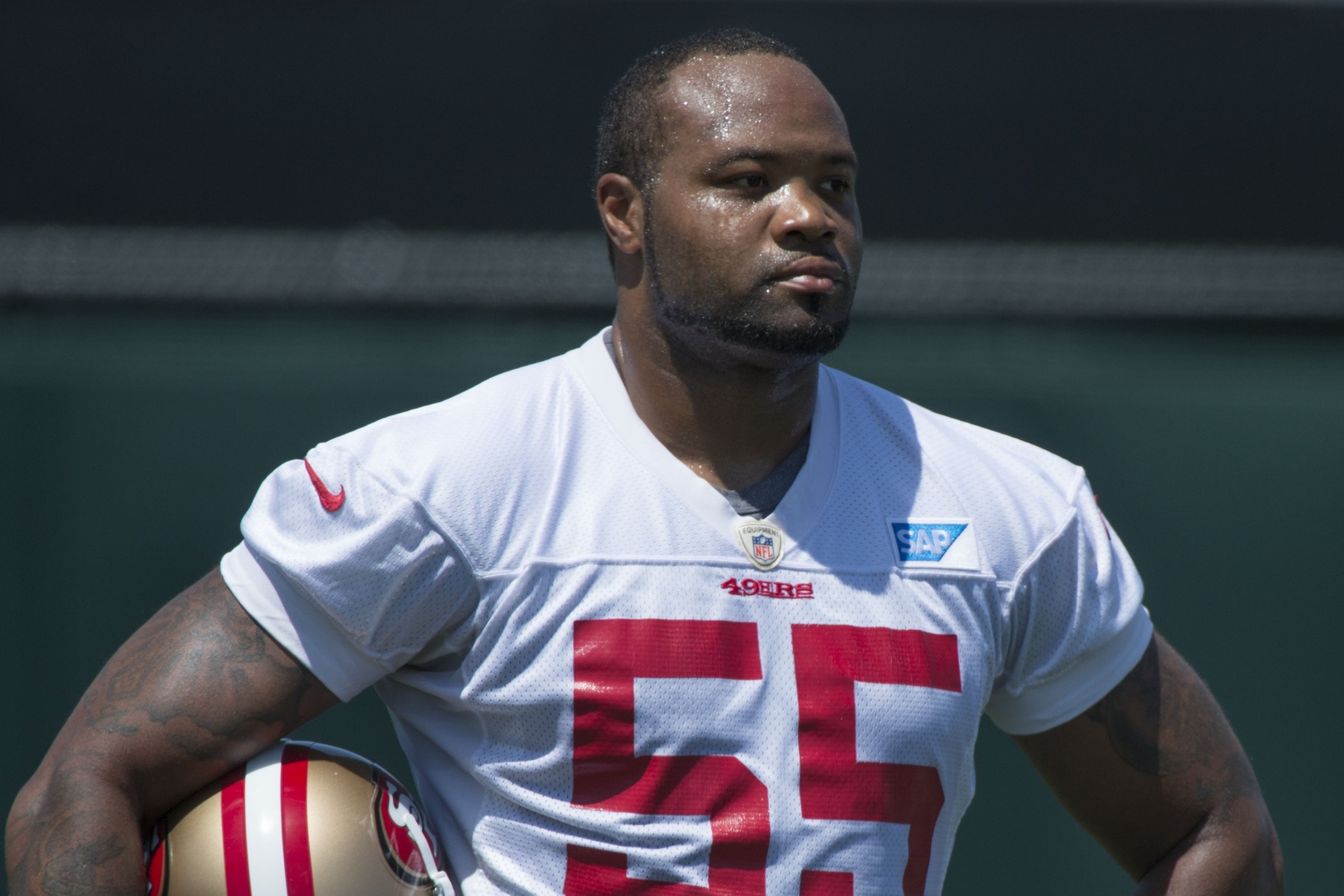 San Francisco 49ers linebacker Ahmad Brooks is in hot water after being accused of sexual assault.

The woman making the claim is the same who accused former-49ers lineman Ray McDonald.

According to the docs obtained by TMZ Sports, the woman says on December 14th, 2014 she was at McDonald’s home and slipped and fell on the deck around his swimming pool, knocking herself unconscious for more than 8 minutes.

While she was blacked out, the woman claims the video will show McDonald’s friend Brooks “groped her person in a sexual manner.”

She claims McDonald then carried her up to his bedroom where he had sex with her … without her consent.

The woman is going after McDonald for assault and battery, false imprisonment and infliction of emotional distress. Ditto for Brooks.

The woman making these allegations claims there is video evidence to support her claim, per TMZ.

It will be interesting to see how the league handles this latest news.

Last year, Greg Hardy and Adrian Peterson spent most of the year on the commissioner’s non-football exempt list for their respective off-field issues. Will Brooks face similar consequences, or will the league leave it alone, being that this is a civil suit, rather than one of a criminal nature?

This is the latest in a long line of upsetting reports emerging from Santa Clara the past couple of years, and the storied 49ers franchise has a decision to make as it relates to Brooks for the upcoming year. Here’s what the team is saying at this time:

GM Trent Baalke said #49ers are aware and are … "… disappointed to learn of this matter and will continue to monitor the situation.”