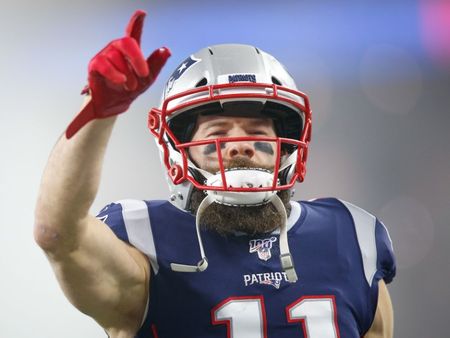 Earlier on Monday, the New England Patriots released longtime wide receiver Julian Edelman after 11 seasons. This move came after the former Super Bowl MVP played in just six games a season ago due to a knee injury. It was also expected that he’d miss some time in 2021.

Well, that all changed on a dime late Monday afternoon when Julian Edelman announced that he is retiring from the NFL.

A quarterback in college at Kent State, Edelman was drafted in the seventh round (232nd overall) by New England in 2009 and wound up playing in 137 regular season games and 19 postseason games.

Julian Edelman earned the MVP of Super Bowl LIII against the Los Angeles Rams en route to helping New England to the third title of his career. That game saw him catch 10 passes for 141 yards. Needless to say, Edelman’s retirement has some up in their feels.