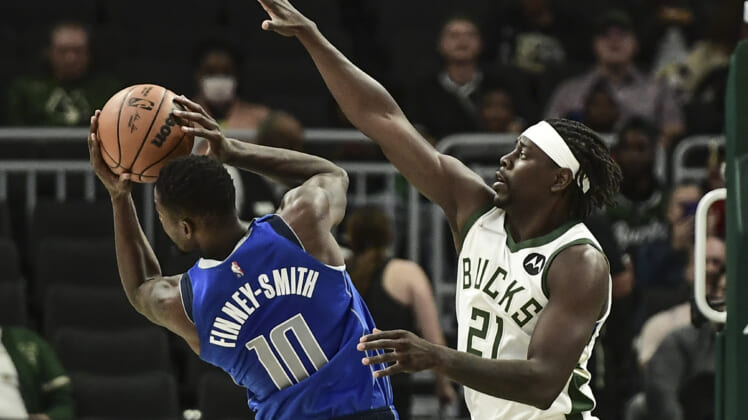 Milwaukee Bucks star guard Jrue Holiday played an important role in their run to the NBA title last season. Despite some inconsistencies on offense, his elite-level defensive performance changed games throughout his initial campaign in Milwaukee.

With the Bucks hosting one of their biggest competitors in that of the Brooklyn Nets in their season opener Tuesday evening, Jrue Holiday left in the first quarter. The team indicated that he suffered a right heel contusion and was ruled out for the remainder of the game.

Holiday played 18 minutes of action in the first half, scoring 12 points on 5-of-7 shooting while finishing plus-17. The Bucks were minus-10 in the six minutes he missed in the first half. That tells us how important Holiday is for the defending champs.

It’s way too early to tell how long Holiday will be sidelined. But for now, this is not a great way for the defending champs to open their season. With Holiday out, George Hill will continue to get minutes in his stead.