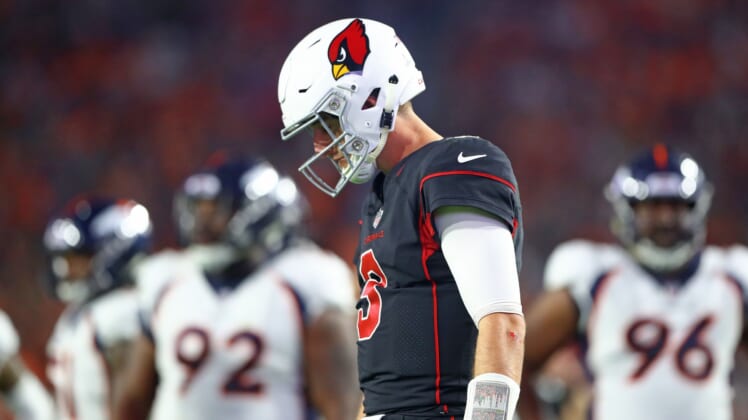 After trading Ryan Tannehill to the Tennessee Titans on Friday, the Miami Dolphins are paper-thin at the quarterback position.

This move has led to the speculation that the Dolphins could be clearing the path to trade for Arizona Cardinals second-year quarterback Josh Rosen.

If the Cardinals draft Kyler Murray like a lot of people anticipate; the Dolphins could be a trade partner for Josh Rosen.

It is no secret that the Cardinals are infatuated with top rookie draft prospect, quarterback Kyler Murray. And it is highly anticipated that they snag him with the first-overall pick in the 2019 NFL Draft.

The Cardinals have also made it pretty clear that they seem ready to move on from Rosen.

Thus, the Dolphins — in need a quarterback they can groom for the future — make sense as a trade option for Rosen.