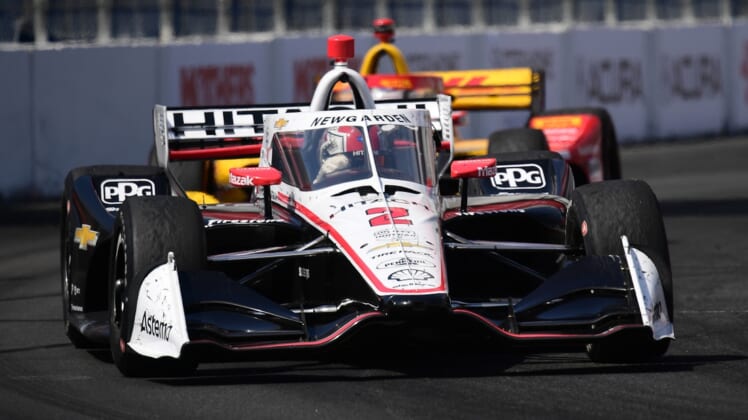 Josef Newgarden won his second IndyCar race of the season and the 22nd of his career, winning the Grand Prix of Long Beach on Sunday in Long Beach, Calif.

Newgarden, who also won in Fort Worth last month, defeated second-place Romain Grosjean by 1.2869 seconds. Alex Palou was third. It was Newgarden’s first win at this event, however.

“I’ve been trying to win a race here for 11 years. It feels so good to finally get it done. … I was working my butt off with Grosjean at the end there,” Newgarden said after the race.

Defending champion Colton Herta, who was on the pole Sunday, led the race’s first 28 laps and was in third place when he crashed on lap 56. The 85-lap race ended under a caution flag. Takuma Sato rammed the course’s tire barriers at the eighth turn.

Herta was among seven drivers in the 26-car field that didn’t finish the race.

“I just broke a little too late, got in there, locked the right front, and that’s it. It’s just a stupid mistake. We were definitely in that thing, running good there in third. It’s unfortunate, I feel really bad,” Herta, who was raised in nearby Valencia, Calif., told NBC Sports.