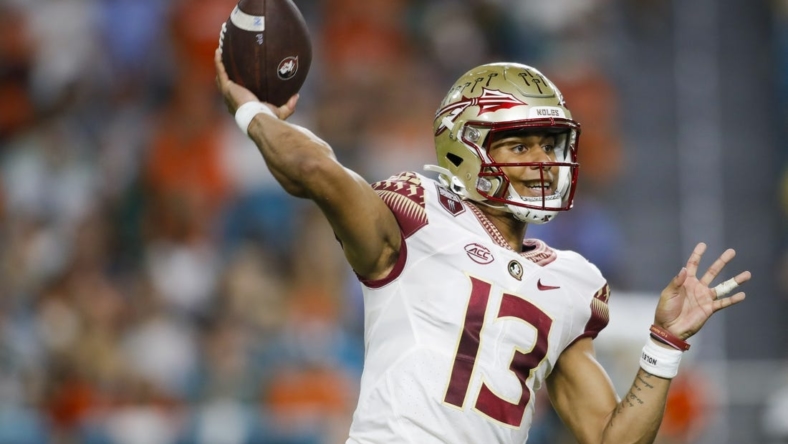 Florida State scored on its first possession on a drive highlighted by Benson’s 27-yard run and Mycah Pittman’s 15-yard scamper. Travis punctuated the drive with a 3-yard touchdown run up the middle for a 7-0 lead.

Toward the end of the first quarter, the Seminoles began a possession near midfield and needed only six plays to find the end zone. Travis threw a quick pass to Malik McClain, who stiff-armed a defender and ran in for a 15-yard score.

Andre Szmyt kicked a 30-yard field goal for Syracuse early in the second quarter, but he missed a 53-yarder shortly thereafter.

Florida State increased its cushion to 21-3 with 5:47 remaining before halftime, as Travis found Johnny Wilson, who broke a tackle and sprinted in for a 24-yard score.

Ryan Fitzgerald’s 40-yard field goal at the halftime buzzer sent the Seminoles into the locker room with a 24-3 advantage.

Florida State put away the game with consecutive touchdowns to open the second half.

After a failed onside kick by Syracuse, the Seminoles promptly found the end zone with a 5-yard TD pass to Kentron Poitier. Following a punt by the Orange, Florida State drove down the field and scored on fourth-and-goal from the 2 on a pass from Wyatt Rector to Travis.

The Seminoles outgained the Orange 420-160 and limited Syracuse to one third-down conversion in 11 attempts.