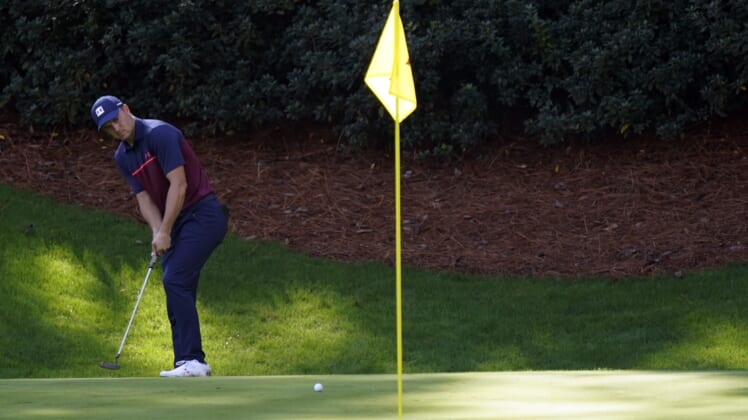 Betting on Jordan Spieth has gotten a bit more expensive.

Spieth bagged the Valero Texas Open title on Sunday for his first victory since The Open Championship at Royal Birkdale Golf Club in England in 2017 and upped his odds to win The Masters this week.

Now, Spieth is among the Masters favorites at FanDuel. Defending champion Dustin Johnson (+950) and Bryson DeChambeau (+950) are listed as co-favorites, and Spieth is tied with Justin Thomas at +1100, ahead of Jon Rahm (+1200).

A bet for Johnson to finish in the top five is +225 at DraftKings, and +275 for DeChambeau, Spieth and Rahm.