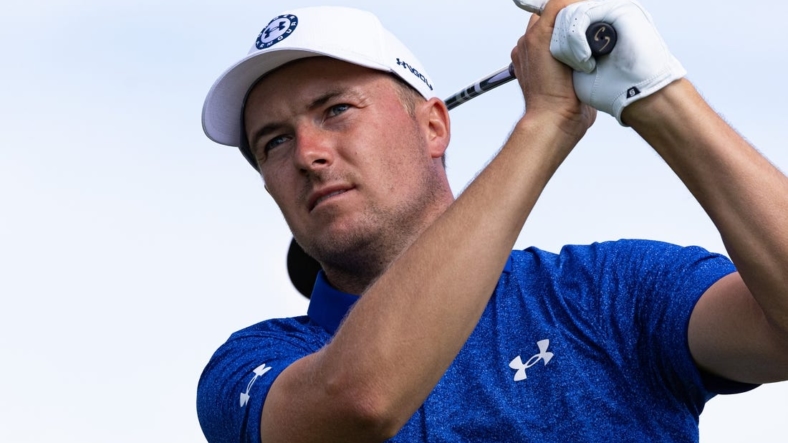 Presidents Cup veteran Jordan Spieth is among six players chosen by team captain Davis Love III on Wednesday to represent the United States at the 2022 event, to be held Sept. 20-25 at Quail Hollow Club in Charlotte.

Spieth, a three-time participant, will be joined by Kevin Kisner — a U.S. team member in 2017 — as a captain’s pick along with four first-timers: Max Homa, Billy Horschel, Collin Morikawa and Cameron Young.

Love said he’ll be depending on Spieth for his experience.

“This will be Jordan’s fourth Presidents Cup appearance, which makes him easily the veteran member of a young team,” Love said. “At age 29, he is mature beyond his years and will serve as a great mentor to some of our rookies, while also being one of the top players we’ll count on to play well at Quail Hollow.”

The captain’s picks will join the six automatic qualifiers in Charlotte to make up the U.S. team. Those six are Patrick Cantlay, Sam Burns, Justin Thomas, Scottie Scheffler, Xander Schauffele and Tony Finau.

The Presidents Cup pits an international field against a team of Americans in a biennial competition that began in 1994. The International Team has won just once — in 1998 in Melbourne. The teams tied in 2003.

Players who have left the PGA Tour and established tours in other nations for the breakaway LIV Golf Series are not eligible to participate in the Presidents Cup.