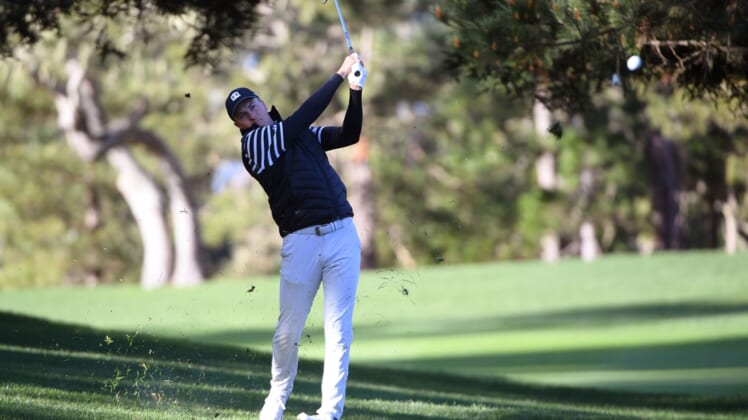 Jordan Spieth, coming off his best result in nearly a year, holds a one-shot lead at the midway point of the AT&T Pebble Beach Pro-Am.

Spieth shot a 5-under-par 67 on Friday at Spyglass Hill Golf Club in Pebble Beach, Calif., to sit at 12-under 132 through two rounds. Daniel Berger is in second place at 11 under after shooting a 6-under 66 at Pebble Beach Golf Links.

Sweden’s Henrik Norlander holds third place at 10 under after a 80 at Spyglass Hill.

Scotland’s Russell Knox is alone in seventh at 8 under after a 70 at Spyglass Hill, and six players share eighth place at 7 under.

Spieth, 27, tied for fourth place in the Waste Management Phoenix Open last week. It was his first top-10 finish since he tied for ninth at Pebble Beach in 2020 and his first top-20 result since the Memorial last July.

He hadn’t led after two rounds in a PGA Tour event since the 2017 Northern Trust. Spieth won the 2017 Pebble Beach event, one of his 11 career PGA Tour victories, but he hasn’t prevailed since capturing the 2017 Open Championship.

Spieth, who opened play Friday on the back nine at Spyglass Hill, was just 1 under par for the day through 12 holes before he birdies four of his last six holes.

Looking ahead to the remaining two rounds, which will be played entirely at the challenging Pebble Beach course, Spieth knows conditions will get rougher as rain and high winds are in the forecast.

“Pebble’s going to be mean Pebble, it looks like … and I look forward to that challenge,” Spieth said. “It’s going to be fun to go out there and have to hit some kind of different level shots than when we played in the desert last week.”

Berger’s round included five birdies, a bogey and an eagle on the par-5 sixth hole at Pebble Beach, where he holed a 20-yard chip shot from just off the green.

“I think it’s hard to have a bad day at Pebble,” Berger said. “It’s one of those courses when you walk you just kind of enjoy it.”