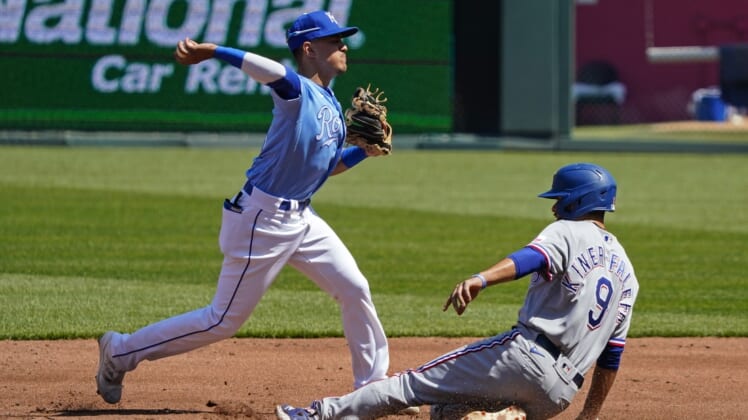 The Rangers salvaged the final game of the three-game set after the Royals had scored 25 runs in the first two games of the series.

Nate Lowe had a three-run home run in the third to provide all the offense Lyles would need.

Lyles (1-0) gave the Rangers the start they needed after blowing 5-0 and 4-0 leads in the first two games of the season. The right-hander allowed two runs on five hits in 5 2/3 innings. He struck out eight and didn’t walk a batter.

Lyles didn’t allow more than one baserunner in any inning until the sixth, when he gave up a leadoff single to Andrew Benintendi and a two-run home run to Salvador Perez.

This was supposed to be a short start for Lyles, as the Rangers were planning on piggybacking a reliever after a few innings. But Lyles, who was 1-6 with a 7.02 ERA and 1.56 WHIP last season, was so efficient that manager Chris Woodward let him continue to cruise.

Brady Singer (0-1) took the loss for the Royals. He allowed six runs on five hits in 3 1/3 innings. He struck out five and walked three.

Two Rangers who have produced in this series helped Texas put the first runs on the board in the third. After Isiah KIner-Falefa was plunked with a one-out pitch, Joey Gallo later reached base for the 10th time in his first 12 plate appearances with a two-out single up the middle. Lowe then followed with a three-run home run that landed 465 feet away in the second level of the fountains in right.

Lowe finished with nine RBIs in the three-game series.

Singer couldn’t find the strike zone in the fourth, walking three straight batters with one out. Two of those runners scored on Kiner-Falefa’s single between short and third, and Singer’s day was done. David Dahl’s sacrifice fly drove in the sixth run.

After Perez hit his home run in the sixth, Kiner-Falefa’s homer in the ninth capped the Rangers’ scoring. The Royals added one in the ninth.