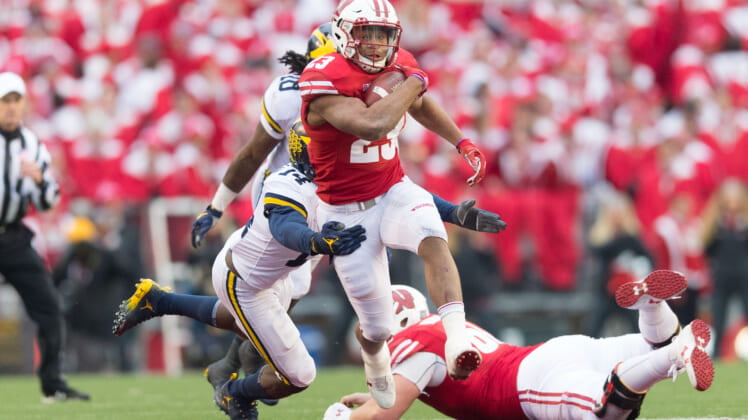 Wisconsin running back Jonathan Taylor had a huge night against South Florida on Friday to open up his 2019 campaign. In the process, he put himself firmly into the race for the 2019 Heisman Trophy.

One person who already thinks Taylor has the chops to win the Heisman is none other than NFL MVP Patrick Mahomes. Like many watching the Badgers junior running back Friday night, he was very impressed.

Taylor was phenomenal, to be sure. He racked up 183 yards and four touchdowns from scrimmage. His first touchdown was a 37-yard, one-cut-and-romp beauty. He showed off his hands with two incredible receiving scores, and three of his four touchdowns went over 35 yards.

The Badgers have been pushing the Heisman narrative since well before the season began. It’s early, but Taylor is clearly doing the work to keep the dream alive.