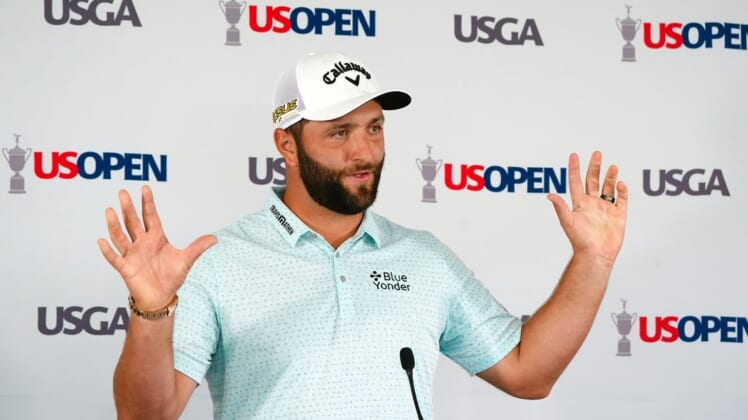 Jon Rahm used the word “essence” multiple times Tuesday in explaining why he has no desire to leave the PGA Tour for the upstart LIV Golf series.

Still only 27 years old, Rahm is the defending U.S. Open champion and No. 2 ranked player in the world.

He wants no part of the political debate around the Saudi Arabian-backed tour or where the money is coming from to fund it. But the Spaniard was transparent that the massive amounts of money being offered to top players by LIV Golf holds little appeal to him.

“Would my lifestyle change if I got $400 million? No. It will not change one bit,” Rahm said Tuesday. “Truth be told, I could retire right now and not play golf again. I’ve never really played the game of golf for monetary reasons.”

Rahm also made it clear that he casts no judgment on those who have made the move. He understands the allure of a massive payday and believes “a high percentage” of the population would jump on a similar opportunity.

“I’m not surprised. Hundreds millions of dollars are a pretty damn good reason to sign up and go,” he acknowledged. “My heart is with the PGA Tour. That’s all I can say. It’s not my character or my business to judge otherwise.”

Rahm continues to be driven by building his legacy on the course. Beyond already being set for life financially, Rahm is not a fan of the LIV Golf format or that it is only a 48-player field that doesn’t provide the same platform for hundreds of players trying to build a future in professional golf.

“A shotgun for three days to me is not a golf tournament. No cut. It’s that simple,” he said.

Asked specifically about Sergio Garcia, Rahm said he has had “zero” conversations with his countryman about Garcia’s move to LIV Golf. He also said it’s “none of his business” to judge someone who has dedicated so much of his life to the game of golf and was able to secure a massive payday late in his career.

Rahm’s primary concern is the future of the Ryder Cup. The brightest young star for Team Europe, he wonders if LIV Golf defectors like Garcia will be allowed to play in future Ryder Cups and whether longtime stalwarts of the event such as Phil Mickelson will be able to serve as captains.

“I think the Ryder Cup is the biggest attraction the game of golf has,” Rahm said. “That’s one of my biggest concerns.

“Worst-case scenario, I don’t know what’s going to happen. It’s the true essence of the game.”