Jokes write themselves with Cowboys stuck in Philadelphia 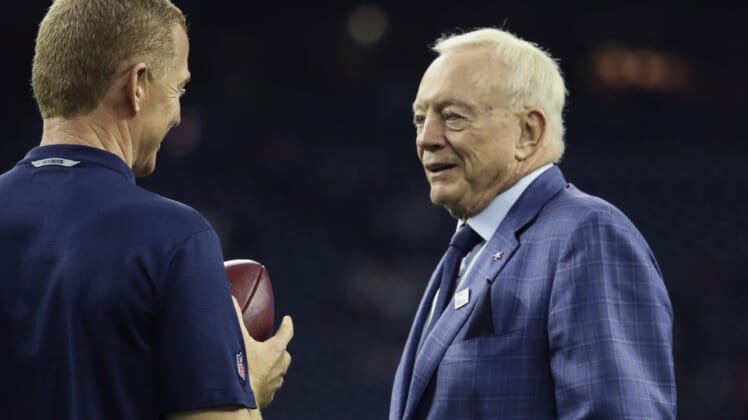 Things are not going too swimmingly for Jason Garrett and the Dallas Cowboys.

Fresh off what could end up being a season-ending loss to the Philadelphia Eagles, Dallas is stuck in Philly due to issues with the team’s charter plane.

You simply can’t make this stuff up. How awkward is it going to be between Garrett and Cowboys owner Jerry Jones on the tarmac? One can only imagine.

One report suggested that Dallas might have to leave some people behind. That started all of the jokes on social media.