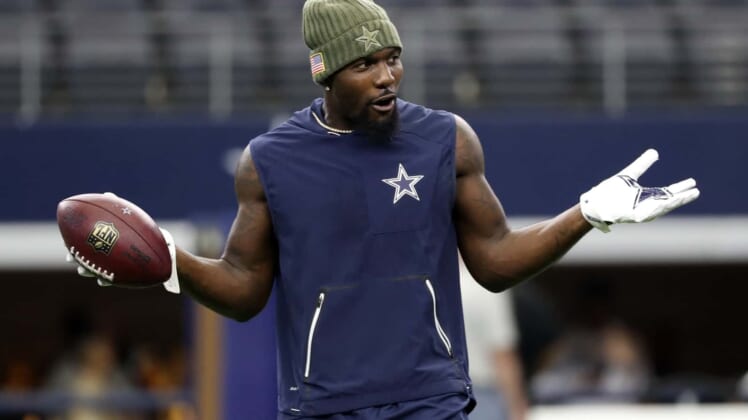 Dorsey revealed this after head coach Hue Jackson announced that receiver Ricardo Louis would miss the entire 2018 season with a neck injury. With that in mind, it makes sense that the Browns would be interested in potentially kicking the tires on Bryant.

Last year in Dallas, Bryant caught 69 passes for 839 yards and six touchdowns. It was his worst full season since his rookie season, and the Cowboys released him due to the fact that he was set to earn $16 million.

Since then, Bryant has reportedly received just one solid offer (from the Baltimore Ravens), which he turned down.

The past few seasons it’s been clear that Bryant just isn’t the dominant No. 1 receiver he was from 2011-14. Injuries have taken their toll. That being said, Bryant likely still has something to offer a team in need of complementary help.

Whether he’d be interested in playing for Cleveland, however, remains to be seen. Based on what we’ve heard recently on this front, that doesn’t seem likely, but beggars can’t be choosers, either.