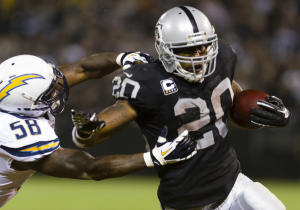 Staunch Dallas Cowboys fan John Daly, never afraid to speak his mind, made a bold prediction about Darren McFadden for the 2015 season.

Sitting on his hotel couch during a rain delay at the 2015 British Open, the colorful golfer took to Periscope to chat with his fans. Daly wore Cowboys pajama bottoms, which turned out to be one of the biggest topics of conversation, per The Dallas Morning News. 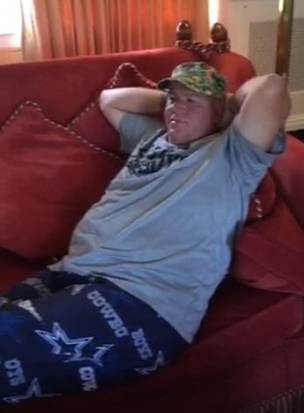 When asked about the styling jammies, Daly didn’t hide his devotion to “America’s Team.”

“Those are my Cowboys jammies,” Daly said. “Go Cowboys.”

Then someone asked if he had a favorite player.

“I love them all,” Daly said. “Romo is my buddy. I’m glad we signed Dez Bryant. We have the best offense line in NFL football coming up and Darren McFadden is going roll. He is going to have over 2,000 yards is my prediction.”

With all due respect to Mr. Daly, the chances of McFadden rolling for 2,000 yards are slim to none. Of course, his bold prediction could have something to do with the fact that they both attended the University of Arkansas.

But there’s no way McFadden is going to put up those gaudy totals.

Dallas is hoping the former Razorback star running back can make a big impact this year, but the truth of the matter is the franchise will just be happy if he makes it through the season without landing on the Injured Reserve list.

In his seven years playing for the Oakland Raiders, McFadden never made it through a 16-game season unscathed, and his highest rushing total was 1,157 yards.