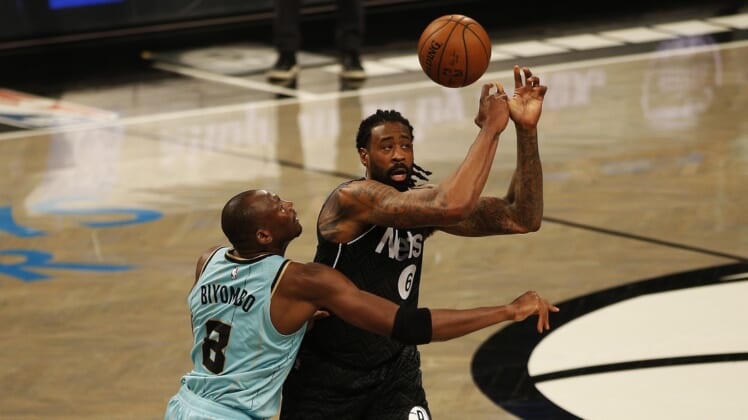 Joe Harris scored 26 points and Kevin Durant poured in 25 points as the Brooklyn Nets defeated the Charlotte Hornets 130-115 on Friday night in a matchup of injury-riddled teams in New York.

Miles Bridges poured in 33 points and Terry Rozier had 27 points for the Hornets, while rookie center Vernon Carey Jr. notched a 21-point outing.

Charlotte has lost four games in a row for just the second time this season.

Durant was back in action after sitting on Wednesday night’s loss at Philadelphia.

The Hornets had a 35-point first quarter that tended to ease some concerns about recent ragged offense.

Still, Charlotte lost despite shooting 53 percent from the field. It was hampered by 19 turnovers.

The Nets were in their first game since the announced retirement of center LaMarcus Aldridge, who had made his debut with the team barely two weeks earlier in a victory against Charlotte. His sudden decision to retire was revealed Thursday based on a heart condition. He had 11 points and nine rebounds vs. the Hornets on April 1.

The Hornets’ growing injury list now includes guard Devonte’ Graham, who was out with a quad contusion. He’s the team’s fourth-leading scorer at 14.2 points per game. Only team scoring leader Rozier played among the Hornets’ leading six scorers based on average this season.

The Nets won two of three games against the Hornets this season, with the home team winning each matchup.