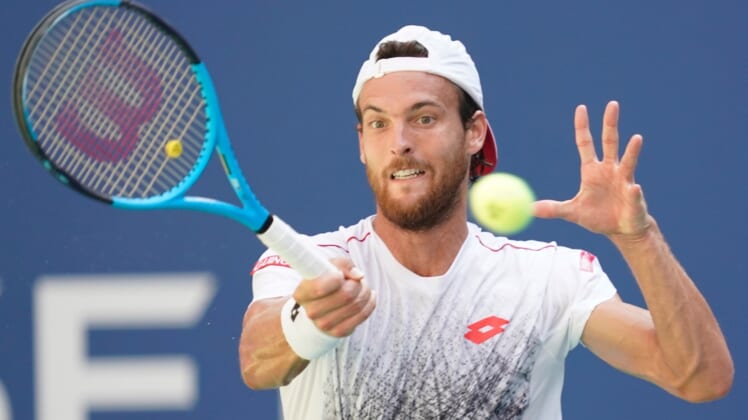 Portugal’s Joao Sousa said Saturday that he will not play in next month’s Australian Open, citing the country’s strict COVID-19 protocols.

The 31-year-old Sousa recently tested positive for COVID-19 and said he has since returned a negative test.

But Sousa said on his Instagram account that he will not be traveling to Melbourne for the Grand Slam event.

“Even though I already tested negative and have no symptoms, due to the strict rules of the Australian government, I won’t be able to travel,” Sousa wrote.

“After such a great off-season and hard work, I’m very disappointed to not be able to play in such a great event where Tennis Australia and the Tour put so much effort to make it happen.”

Currently, 72 players are serving a mandatory 14-day quarantine after arriving in Australia for the tournament that begins Feb. 8.

Sousa is currently ranked No. 92 in singles. His career-best ranking of 28 occurred in 2016.

Sousa has reached the third round of the Australian Open on three occasions, most recently in 2019. He reached the doubles semifinals that same year with partner Leonardo Mayer of Argentina.