Jimmy Graham on Trade to Seattle: “I Realized that I was Going to the Best Team in Football”

There have been some major moves over the past week leading up to and starting the NFL free agency period. One of the moves that ran shock waves throughout was the announcement that the New Orleans Saints put tight end Jimmy Graham on the trade block.

Even more dramatic was that the Seattle Seahawks jumped on Graham like you throw water at a fire. While we were led to believe that Graham was disheartened by the Saints’ actions, he now paints a sunnier picture now that he has had time to soak everything in.

Talking with reporters, Graham said that when Saints head coach Sean Peyton told him he was on the block, Graham figured he would wind up on a team with a lot of open cap space like the Jacksonville Jaguars or Oakland Raiders. However, when informed which team traded for him, Graham shared this (via the Seattle Times).

But when he told me Seattle, it definitely put a grin on my face.

I’ve had some battles clearly against their defense the last couple of years. We’ve struggled against them as a team as a whole. It’s probably the one game as a player you always look forward to because they’re always so good, and it’s usually a prime-time game.

So for me it was a moment of shock, but once that shock cleared, I realized that I was going to the best team in football.

Clearly Graham isn’t upset about the move, which seemed to be the case just a couple days ago. 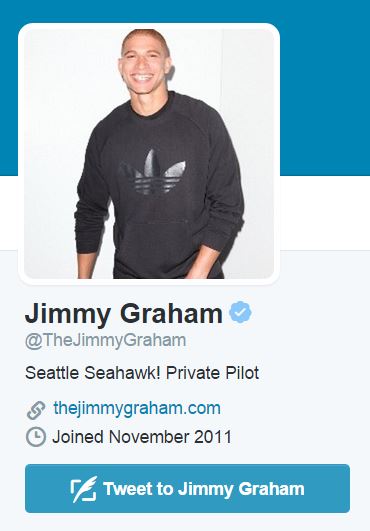 Knowing what he will bring to the table in Seattle, Graham further stated:

You won’t be able to go Cover Zero to stop the run, and I think I can help open (the running game) up. And then in the red zone, that’s something I’ve always been good at. I’m 6-7, 260 pounds, and most of those are like a rebound for me.

Graham clearly isn’t wrong here. His presence in the red zone will make Russell Wilson look so much better in that aspect of the game.

He’s also going to be a nightmare for opposing NFC West defenses.