Jim Harbaugh to Coach for the Oakland A’s on Saturday

New University of Michigan head coach Jim Harbaugh has been making his rounds recently. After sitting in on a taping of Judge Judy, Harbaugh is in Arizona hanging out with the Oakland Athletics during spring training. 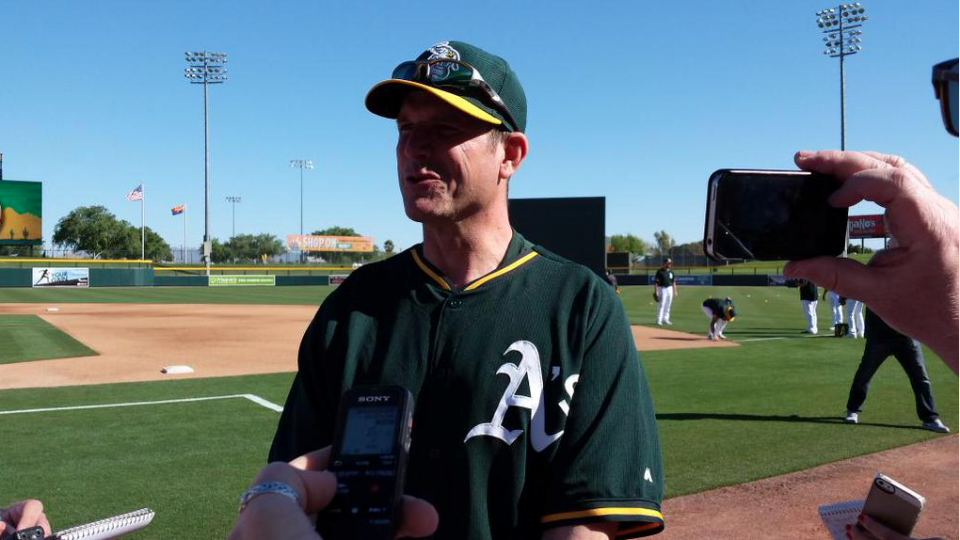 Apparently Harbaugh is planning to coach a little bit for the A’s on Saturday as well.

Jim Harbaugh will coach first base for a couple of innings today for #athletics pic.twitter.com/ljUoU79hiH

During his time with the San Francisco 49ers, there were some fans that grew upset over Harbaugh’s treks to Oakland Coliseum across the bay to watch the A’s play.

That raises another question: Is this why Harbaugh and 49ers CEO Jed York (a known Giants fan) had issues?