Is Jim Harbaugh to Michigan a Real Possibility?

San Francisco 49ers head coach Jim Harbaugh may have one more season remaining on his contract, but this hasn’t stopped the rumor mill from lighting up and going into overdrive in recent weeks.

We already know that there is an issue as it relates to Harbaugh’s contract with San Francisco. The two sides haven’t been able to come to an agreement on a long-term deal with Harbaugh wanting to be paid like a Super Bowl-winning head coach and the 49ers actually wanting him to win a Super Bowl before being paid like one.

Then you have the rumors, and that’s all they are, that Harbaugh isn’t exactly making friends within the 49ers locker room and among the higher-ups in the organization.

All of this has led to speculation that the head coach may very well find himself calling a new city home as early as 2015.

Now comes this dandy from Mike Florio of Pro Football Talk suggesting that the stars seem to be aligning for Harbaugh to depart the 49ers for Michigan.

Could Harbaugh be tempted to leave? If he’d leave the NFL for any job, it surely would be the Michigan job. And the Michigan job likely won’t be open every few years. This could be the only time the planets line up just right, allowing Harbaugh to exit the 49ers after four seasons and return to the college game.

It’s important to note (something that Florio didn’t do here) that Harbaugh will still be under contract following the 2014 season unless the 49ers decide to fire him…something that’s extremely unlikely barring a meltdown of epic proportions moving forward this year. In this, he simply can’t pack up his bags and leave for another NFL job.

On the other hand, Harbaugh could depart for Michigan without having to serve out the remainder of his contract. We have seen this story repeated over and over again in the recent history of the NFL. 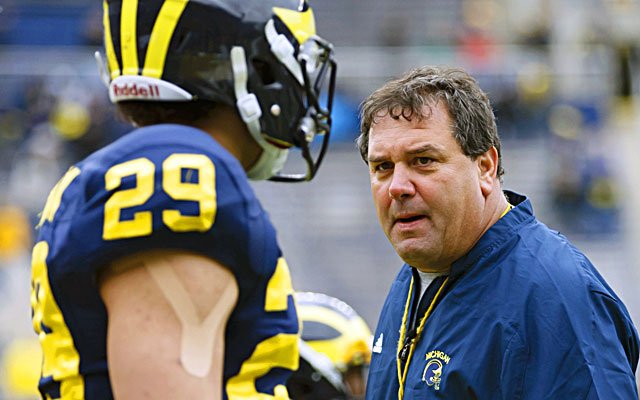 Courtesy of CBS Sports: Brady Hoke is as good as gone in Michigan.

Now in the midst of another poor season under Brady Hoke, the Michigan Wolverines will likely find themselves looking for yet another head coach come January. At that time, the 49ers will either be preparing for the playoffs or at home questioning what went wrong during the season.

Matt Borcas of Grantland also suggests that Harbaugh to Michigan could end up being a real possibility.

On Saturday, Michigan fell, 26-10, to Utah in a literal and figurative deluge, leading pretty much everyone to believe that Wolverines coach Brady Hoke is a dead man walking. Speculation on his replacement has already begun, and wouldn’t you know it, Harbaugh’s name tops every list. Of course, the university would hire the officially licensed Michigan Man in a heartbeat. But would Harbaugh actually consider a move to Ann Arbor?

A perfect storm of factors is pointing him in that direction. Before we put on our tinfoil hat, it’s worth remembering something that cannot be disputed: Harbaugh nearly became the Browns coach in January. As Mike Florio first reported, a trade sending Harbaugh to Cleveland for several draft picks “was in place,” likely due to the mounting tension between the coach and 49ers GM Trent Baalke.

Let’s touch on the Harbaugh to Cleveland rumor that was making it’s way around the water cooler during the offseason. Harbaugh and the 49ers have repeatedly denied that they were close to making a deal with Cleveland. There is also some ambiguity about whether NFL teams can trade head coaches under the new collective bargaining agreement.

It’s also important to note that Cleveland could have simply called the 49ers about the availability of Harbaugh, which could have led to these “sources” coming out of the woodwork.

As it is, nothing materialized on this front. 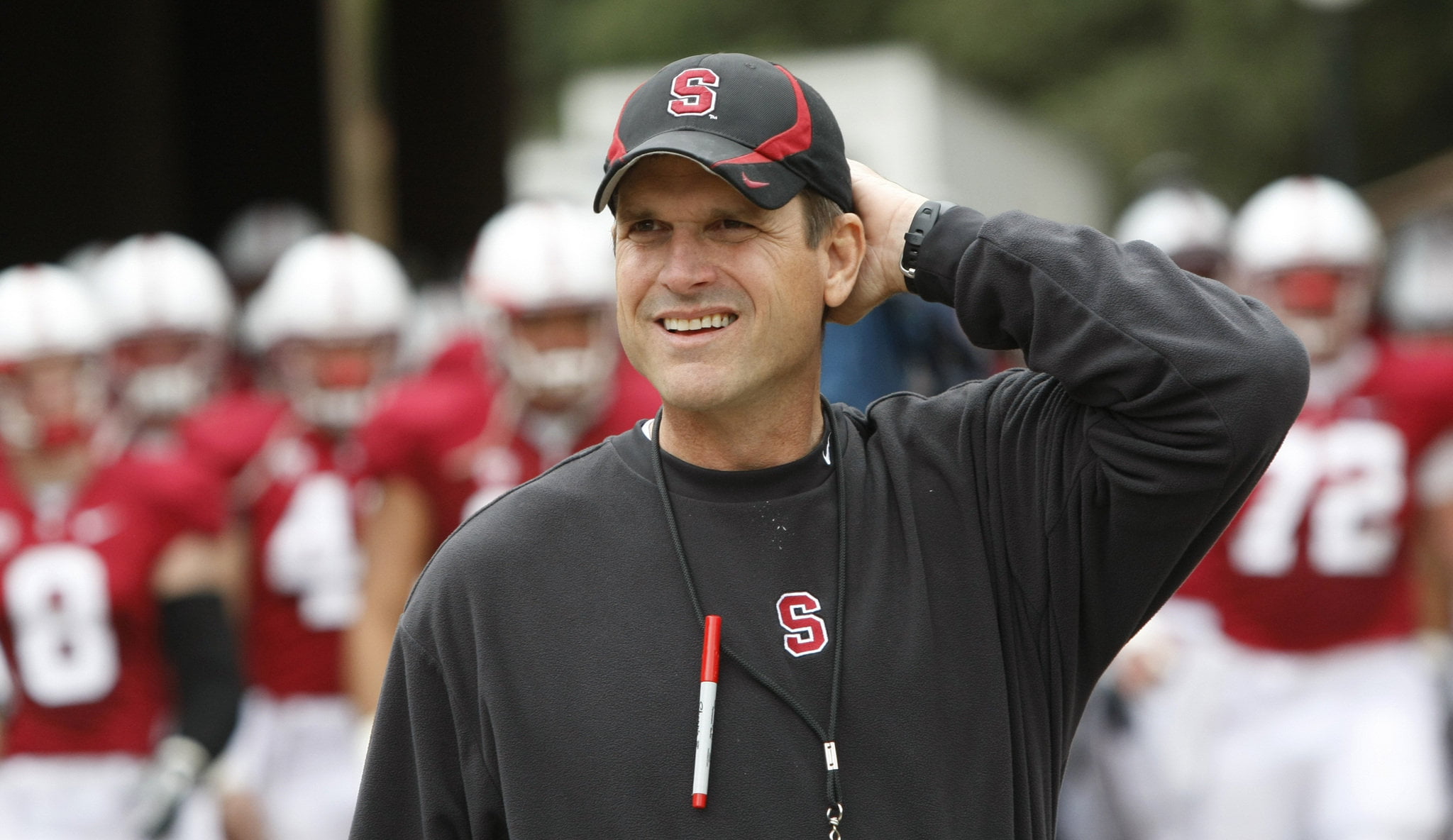 Courtesy of Cleveland.com: Back in 2011, Harbaugh chose the 49ers over Michigan.

Would a successful NFL head coach decide to make the jump to college football? That’s the larger question at hand here. If you remember, Harbaugh was a candidate for the Michigan job following the 2010 season, at which point he chose a downtrodden 49ers franchise playing in a run-down stadium over the Wolverines. Now coming off three consecutive NFC Championship game appearances, it’s foolish to believe that Harbaugh would turn down an opportunity to lead the 49ers in the coming seasons, especially with the young talent the team possesses and a brand new state-of-the-art stadium. It’s even more foolish to think he would do so in order to take on a fledgling college football program.

This rumor will likely heat up following the 2014 football season, at which point the 49ers and Harbaugh will likely start to negotiate a long-term deal. A lot of what happens there will depend on San Francisco’s success over the course of the next few months. In reality, it really is a fluid situation.

But at the end of the day, this one scribe thinks there isn’t much to this story. If Harbaugh’s team is putting out potential rumors of him heading to Michigan, it’s likely more about him attempting to gain an upper hand in negotiations following the season.

For the Wolverines, hiring Harbaugh would be a no-brainer. His success in the NFL and ties with the program in Ann Arbor would act as huge recruiting tools. This doesn’t even take into account the fact that he’s among best coaches on the planet. That’s likely another reason the 49ers wouldn’t come close to letting Harbaugh walk for Michigan or any other job, college or professional, any time soon.