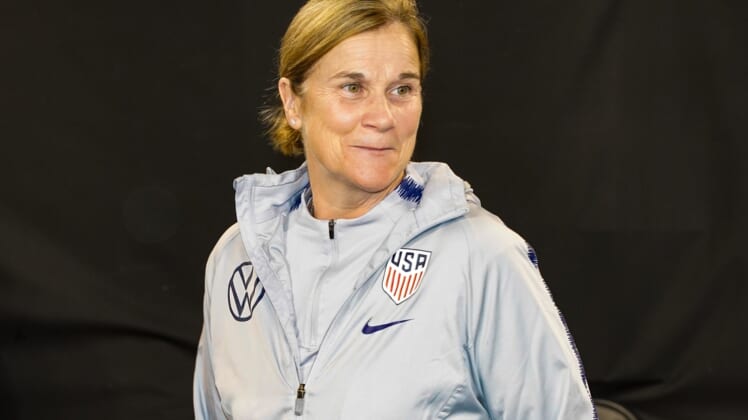 Ellis’ role will not just be limited to helping Sacramento’s NWSL team in advance of its 2022 debut. She also will assist in Sacramento’s launch of an MLS expansion team in 2023 season. An official title was not reported.

The United States won women’s World Cup titles at Canada in 2015 and France in 2019. She took over the USWNT in 2014 and left after the 2019 World Cup, although she did stay with the team during a victory tour of games.

Ellis’ United States teams had a 106-7-19 record. She also coached the United States to a disappointing fifth-pace finish in the 2016 Summer Olympics at Brazil.

“When I accepted the head coaching position this was the timeframe I envisioned,” Ellis said, while announcing her intention to leave the USWNT. “The timing is right to move on and the program is positioned to remain at the pinnacle of women’s soccer. Change is something I have always embraced in my life and for me and my family this is the right moment.”

She remained with the U.S. Soccer Federation in 2020, taking an ambassador’s role.

The USWNT hired Vlatko Andonovski as its new head coach. He was a coach in the NWSL with FC Kansas City and Reign FC before he moved to the national team.