Jets reportedly to move on from Pro Bowler Muhammad Wilkerson 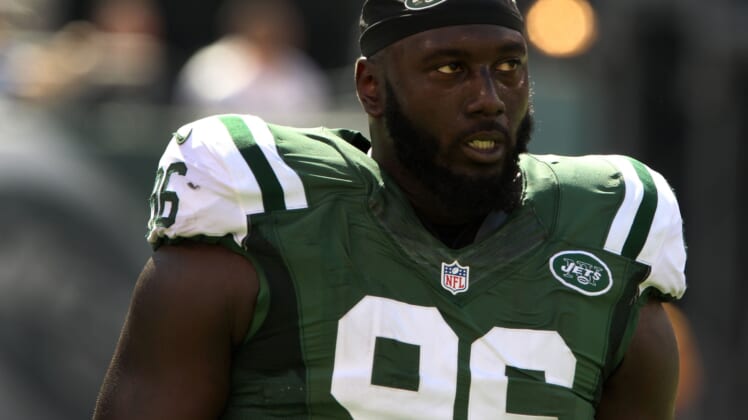 All things considered, the New York Jets have had a quite surprising 2017 season. The team enters Week 14 with a 5-7 record and not completely out of the AFC Playoff race. When looking at the lack of talent on this roster and the mass exodus that took place prior to the season, that record is somewhat shocking.

It’s also rather interesting that the Jets are not the “New York based” team in the midst of a drama-filled season.

With that said, we can expect some changes following the 2017 campaign. The Jets are clearly in the midst of a rebuild. And a more competitive performance doesn’t necessarily turn this narrative on its head.

Now, according to Manish Mehta of the NY Daily News, former Pro Bowl defensive lineman Muhammad Wilkerson is as good as gone from the Jets following the season.

Wilkerson, the team’s first-round pick back in 2011, was benched in the first quarter of the Jets’ Week 13 win over Kansas City for repeatedly being late for practice. He has not been anywhere near the productive player worthy of being given more chances as he continues to run aloof within the organization.

This season alone, the former Pro Bowler has recorded 40 tackles and just 2.5 sacks in 12 games (11 starts). That’s not the production New York had hoped for after it shipped Sheldon Richardson off to Seattle during the summer.

Considering the Jets had just inked Wilkerson to a five-year, $86 million extension in July of 2016, it is somewhat stunning the team is expected to move on from him.

Wilkerson also seemed a bit snippy with the New York media on Wednesday when asked about the recent benching.

“I’ll answer anything about Denver. If you ain’t got no Denver questions, you don’t got to ask me anything,” Wilkerson said, via NJ.com.

When it comes to what might actually happen with Wilkerson, it’s hard to imagine another team picking up that bloated contract. If that’s the case, New York might be forced to release him altogether.